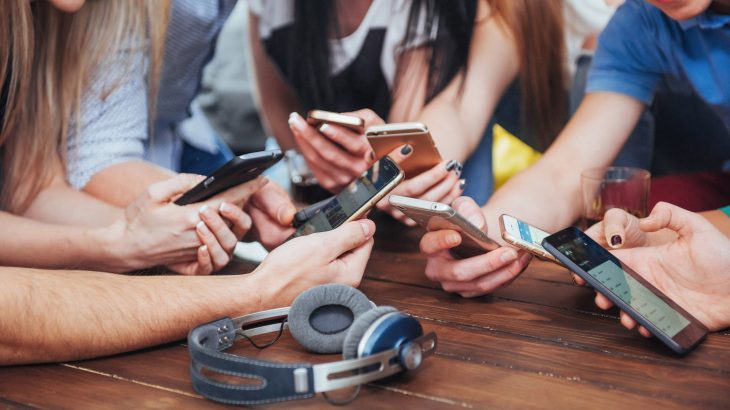 Scientists at the European Chemical Society (EuChemS) have created a new periodic table that highlights which elements are now considered endangered. Elements such as allium, arsenic, yttrium, and silver have become shockingly scarce and could vanish in less than 100 years at the current rate.

The experts added a mobile phone symbol to the 31 elements that are used to make phones, hoping to send a powerful message about how much we depend upon these elements in our daily lives. The modified periodic table also distinguishes conflict minerals, which fuel violence and wars in the regions where they are extracted.

David Cole-Hamilton, a professor of Chemistry at the University of St. Andrews, pointed out that all of the conflict minerals are used in cell phones.

“We have to question whether it’s really necessary to change over mobile phones every year or so. 10 million phones a month are changed in Europe alone. Most of them are sent to the developing world – either for reuse or for recycling – but the recycling is not efficient.” 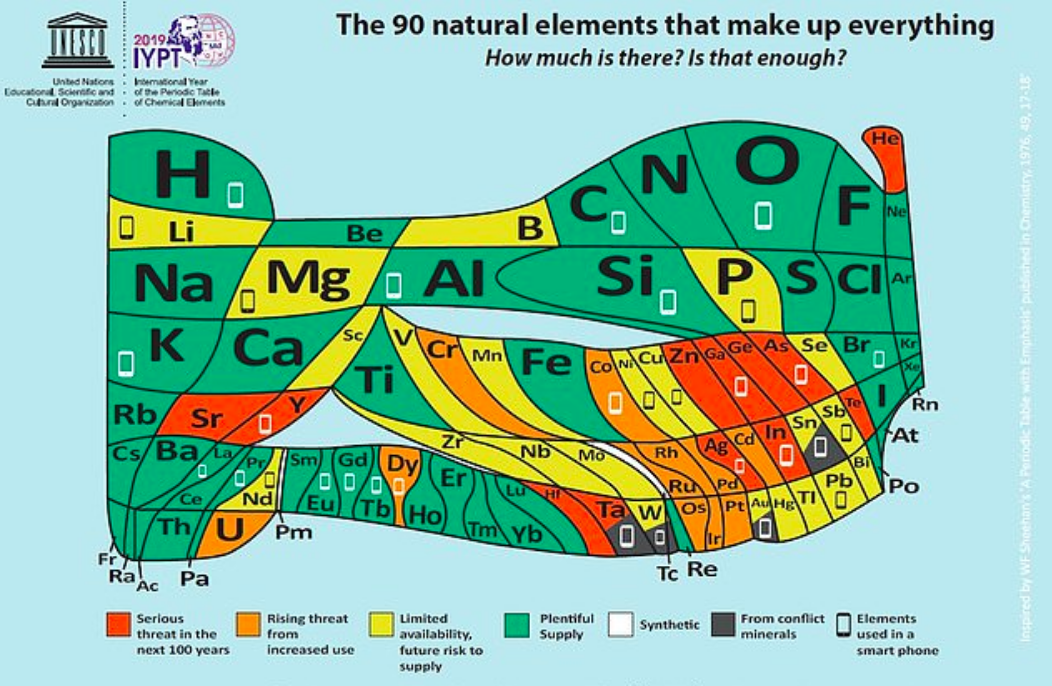 Professor Cole-Hamilton also explained why we should be far more conservative with helium. He said that while it is widely used for magnetic resonance imaging and deep sea diving, the helium for both of these applications is recycled.

“But if you have a helium balloon at a birthday party, it will either deflate or burst, and either way the helium is released into the atmosphere,” said Professor Cole-Hamilton. “Helium is so light that once it’s in the atmosphere it can actually escape from the Earth completely and go into outer space where it’s lost to us forever.”

The team hopes to make their periodic table accessible to everyone, and has already made “great progress in getting it into schools across Europe.” The Royal Society of Chemistry will be sending a copy to every one of its 50,000 members.

“It’s amazing to think that everything that we see around us in the natural world is made up from just 90 building blocks – the 90 naturally occurring elements,” said Professor Cole-Hamilton. “Furthermore, these 90 elements, in different combinations, make up all of the wonders of nature, and all the technology and gadgets we use every day. We need to have a better way of dealing with these resources, or we won’t have them anymore.”

The EuChemS version of the periodic table was launched this week at the European Parliament.