Smartphones and other devices are causing sleep deprivation in kids • Earth.com 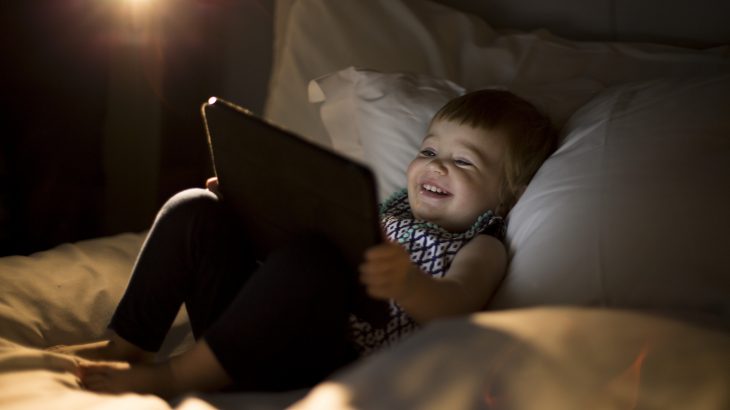 Smartphones and other devices are causing sleep deprivation in kids

A new study funded by the National Institutes of Health has revealed new details about just how bad too much screen time can be for children. According to an article in The Conversation by psychologist Jean Twenge, the experts found structural brain changes among kids using screens in excess of seven hours a day and found lower cognitive skills among those who stared at screens more than two hours a day.

“It almost goes without saying that today’s portable devices – including smartphones and tablets – are fundamentally different than the living room television sets and rotary phones of the past,” writes Dr. Twenge.

This amount of screen time is distracting kids from other activities such as interacting with friends face-to-face and playing outside. Dr. Twenge pointed out that digital media apps are designed to get kids hooked.

Not only does an individual’s social life suffer, but many kids that are glued to smartphones and other devices are getting much less sleep.

“That could be because they spend so much time engaged with their devices that it’s coming at the expense of sleep,” writes Dr. Twenge. “But there’s also a physiological reason: The blue light emitted by electronic screens tricks our brains into thinking it’s still daytime, and then we don’t produce enough of the sleep hormone melatonin to fall asleep quickly and get high-quality sleep.”

Research by Dr. Twenge and her colleagues was focused on a large survey of parents from the US Census Bureau. The data revealed that children between the ages if 2 and 10 who spent at least four hours a day on screen time were twice as likely to be sleep deprived. Among teenagers, four or more hours of screen time led to a 44 percent higher risk of sleep deprivation.

“Smartphones have also become a huge part of social life, whether it’s texting with friends or interacting with them on social media,” Dr. Twenge writes in The Conversation. “And unlike TV, smartphones and tablets can be silently carried into the bedroom or even the bed, resulting in some teens using them throughout the night – what some call vamping.”

“That might explain why sleep deprivation among teens spiked after 2012 – just as smartphone use became common.”

Dr. Twenge recommends keeping smartphones and other devices out of the bedroom when it is time for sleep. Furthermore, the devices should not be used within an hour of bedtime because of the effect of the blue light. She concludes that two hours or less of screen time seems to be a good guideline.“These rules apply to parents, too – not only kids.”