People are unknowingly eating endangered sharks in the UK • Earth.com 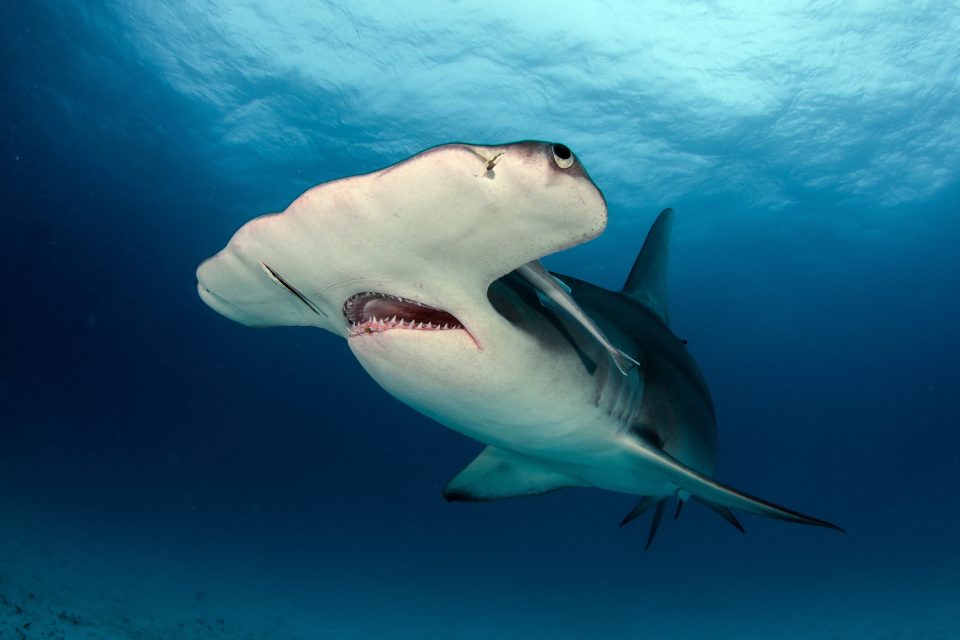 People are unknowingly eating endangered sharks in the UK

Scientists at the University of Exeter have discovered that endangered sharks are being sold as food in the UK. The experts tested samples from fishmongers and chip shops and found that hammerhead sharks are among the endangered species that are being served.

The majority of chip shop samples, which were sold under generic names like huss, rock salmon, and rock eel, were actually an endangered species of sharks known as spiny dogfish. Samples of shark fins collected from an Asian food wholesaler in the UK included scalloped hammerheads, which are threatened globally.

The researchers are calling for more accurate food labeling so people know what species they are actually eating.

“The discovery of endangered hammerhead sharks highlights how widespread the sale of declining species really is – even reaching Europe and the UK,” said Dr Andrew Griffiths.

“Separate investigations focusing on Asia have commonly identified scalloped hammerhead in fin processing. Scalloped hammerhead can be imported under strict conditions, but the wholesaler had no idea what species the fin belonged to.”

The fins from the UK wholesaler, which were being distributed to Asian restaurants and supermarkets, also included other threatened sharks such as smalleye hammerheads.

“It’s almost impossible for consumers to know what they are buying,” said study first author Catherine Hobbs. “People might think they’re getting a sustainably sourced product when they’re actually buying a threatened species.”

“There are also health issues. Knowing what species you are buying could be important in terms of allergies, toxins, mercury content and the growing concern over microplastics in the marine food chain. Our findings demonstrate the need for more informative and accurate seafood labelling.”

The team used “DNA barcoding” to analyze 78 samples from chip shops and 39 from fishmongers, mostly in southern England.

“Knowledge of shark species consumption in the UK, especially those of prohibited species and those of high conservation concern, enhances our ability to address the decline in shark populations,” said Hobbs.