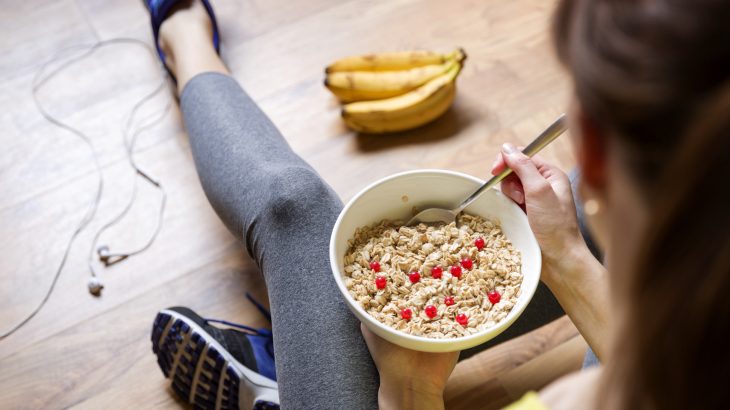 Less TV and energy-rich breakfasts make for a healthy heart

A new study shows that those who watch less television and eat energy-rich breakfasts often exhibit less plaque and stiffness in their arteries, and are therefore at a lower risk of developing heart disease or suffering a stroke.

“Environmental and lifestyle factors are important but underestimated risk factors for cardiovascular diseases,” said lead author Sotirios Tsalamandris, MD, a cardiologist at the First Cardiology Clinic at National and Kapodistrian University of Athens, Greece. “These two studies emphasize the many factors that impact heart disease and the need for holistic preventive approaches.”

The study encompassed 2,000 participants living in Corinthia, Greece. The participant pool included healthy adults, those at risk for cardiovascular issues, and those already experiencing heart disease. All ranged in age between 40 and 99 with an average age of 63.

The participants were then divided into three groups based on the number of hours they spent watching television per week: a low amount (seven hours or less), a moderate amount (seven to 21 hours), and a high amount (21 plus hours).

Those in the “high amount” group were twice as likely to have plaque buildup in their arteries than those watching the least amount of television.

“Our results emphasize the importance of avoiding prolonged periods of sedentary behavior,” Tsalamandris explained. “These findings suggest a clear message to hit the ‘off’ button on your TV and abandon your sofa. Even activities of low energy expenditure, such as socializing with friends or housekeeping activities, may have a substantial benefit to your health compared to time spent sitting and watching TV.”

The research team found that those in the high-energy group, who ate a daily breakfast of milk, cheese, cereals, bread, and honey, displayed healthier arteries than those who skipped breakfast.

“A high-energy breakfast should be part of a healthy lifestyle,” Tsalamandris continued. “Eating a breakfast constituting more than 20 percent of the total daily caloric intake may be of equal or even greater importance than a person’s specific dietary pattern, such as whether they follow the Mediterranean diet, a low-fat diet or other dietary pattern.”

It is believed that those who have breakfast tend to eat healthier throughout the day, and that specific breakfast items like dairy and milk could contribute to a healthy heart. However, it should be noted that the Mediterranean-diet aspect of the study may have an influence on the results.

The evidence will be presented at the American College of Cardiology’s 68th Annual Scientific Session, taking place in New Orleans, Louisiana between March 16th and 18th.