How epigenetics may have played a crucial role in dog domestication • Earth.com 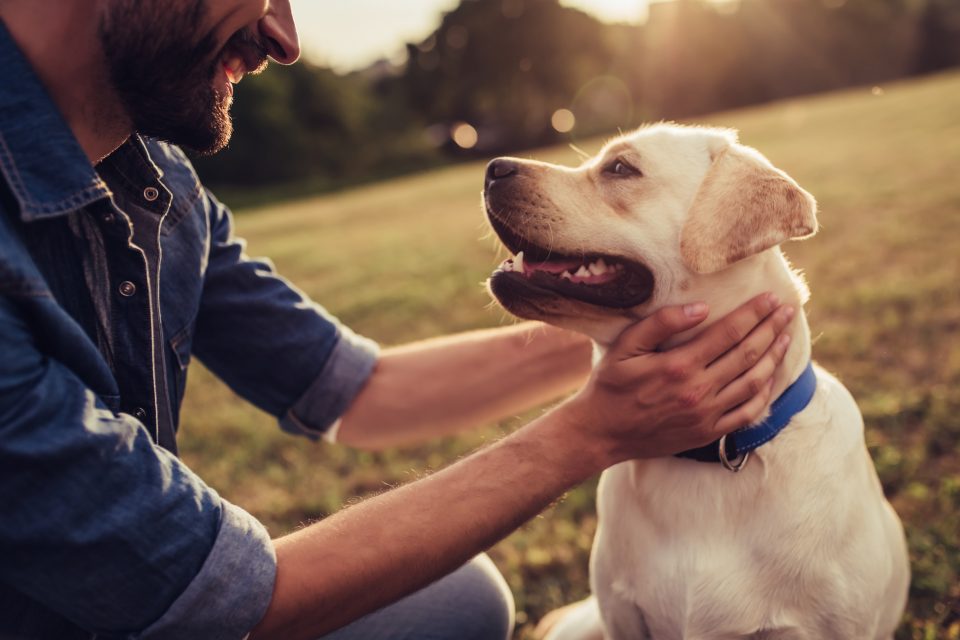 How epigenetics may have played a crucial role in dog domestication

The trip from wild wolf to domestic dog was most likely a long one, full of complications.  It’s impossible to know all the details of that transition but there’s some science that sheds a light on how man’s best friend came to be.  A self-domestication process is a popular hypothesis but the details of the process is still a bit fuzzy.

The general idea is that humans and dogs were both hunters roughly 25,000 years ago, occupying the same landscape, perhaps even competing for the same food.  The wolves that eventually became dogs noticed that scraps were a source of food and started hanging around hunting camps, getting what tidbits they could. Over time, natural selection favored the wolves with closer relationships to humans, those capable of getting more scraps.  Early dogs were hunting companions as well as guards and even beasts of burden. The self domestication hypothesis is only a small part of the story, though, and there are many details of the mechanics of dog domestication left to be filled in.

One famous experiment sheds some light on how dogs might have become domesticated.  Recent archaeological evidence shows that foxes may have been at least partially domesticated during the Bronze Age but more recently, a Russian scientist undertook fox domestication experimentally.

Dmitry Belyaev began his scientific work on genetics secretly.  At the time, the Soviet Union was opposed to genetic research and imprisoned hundreds of scientist, PBS reports.  With the death of Joseph Stalin, restrictions were relaxed and Belyaev was able to more openly pursue his research. Dmitry Belyaev became the director of a new Institute of Cytology and Genetics, which continues his work today decades after his death.  His research focused on the domestication of dogs. As a parallel, he decided to experiment with foxes, a fairly close relative. Belyaev and his research team visited fur farms in the Soviet Union buying up all of the tamest foxes. As a control group, the team also purchased the least tame or most aggressive foxes as well.  The experiment was designed to highlight the genetic component of animal domestication or ‘tameness’.

As we previously reported, foxes from the initial group were selectively bred to each other based entirely on ‘tameness’ or ‘friendliness’.

Strangely, foxes selected for docility and friendliness alone also tended to have dog-like features such as floppy ears as adults and shorter, wider snouts suggesting that perhaps some traits are linked.  One of the most stunning aspects of the study was how quickly foxes were domesticated from wild stock. After 50 generations, the majority of foxes were deemed ‘elite’ foxes, that is, animals that seek out human companionship, wagging their tails when approached by humans.  Clearly the brains of these foxes changed to be more amiable to humans than wild foxes.

‘Friendly’ foxes have higher levels of serotonin than their wild counterparts; serotonin has been linked to inhibition of aggressive behaviors. Corticosteroid levels are also lower in domesticated foxes than their wild counterparts.  Cortisol is a type of corticosteroid generally lower in all domestic animals. Corticosteroids are hormones with a large number of functions, importantly for domestication, one of those functions is related to stress. When you’re stressed, cortisol is released and is used partially in the creation of emotionally charged memories, why some especially stressful memories seem clear or different than other memories.  Cortisol is regulated by a complex interaction between parts of the brain known as the hypothalamic–pituitary–adrenal axis (HPA axis). The HPA axis is an important neuroendocrine system that regulates digestion, the immune system, and of course stress.

A 2017 paper on the domestication of dogs published in the journal Dog Behavior suggests that the HPA axis was important in the genetic changes undergone from wild wolf to modern dog.  How the changes to such a complex system in the brain could change genetically so quickly seems a mystery when viewed from the perspective of traditional genetics and natural selection.  It’s likely that changes in the HPA axis happen so quickly as we’ve seen in the domestic foxes due to epigenetics.

Epigenetics controls the expression of genetic traits.  Put another way, epigenetics turn ‘on’ or ‘off’ certain genes depending on complex internal systems and environmental factors.  For instance, schizophrenia is a disorder that can be inherited genetically but it takes specific environmental or other poorly understood conditions for someone with those genes to show symptoms of the disorder.  Some types of changes in the expression of genes can be inherited, although the study of this is a relatively new avenue of research.

In DNA, form is often function.  The packaging and shape of genes are important to how they’re expressed.  The bundling of DNA on histones is the mechanism behind the turning ‘on’ or ‘off’ genes.  This can be inherited at least in nematode worms, new research shows. This means that the expression or suppression of certain genes could potentially quickly show inheritable changes in wolves or foxes.  Of course, such changes would depend on basic genetics, even if not expressed already being in place.

Dogs and humans have similar brains due to their basic mammalian heritage and the shared similarities in social structure.  Empathy is part of this shared heritage. Yawning is contagious among humans because of our mental structure and an ability to empathize.  Yawning is also contagious among wolves. Not only this, but dogs are also empathetic towards humans (as humans are often also empathetic towards their dogs).  All of this together shows that the evolution from wolf to dog could occur very rapidly due to packaged suits of connected genes as well as dormant traits that could be turned ‘on’ or other less desirable traits that are turned ‘off’.

Our continued understanding of the complex ways in which genes are selected for, suppressed or expressed, sheds more light on the creation of humanity’s closest friend – the dog; the first domesticated animal and one of the most widespread.  It seems that when dogs were wolves sniffing around hunting camps, they may have already had their destinies written in their DNA.