Foxes were domesticated during the Bronze Age • Earth.com 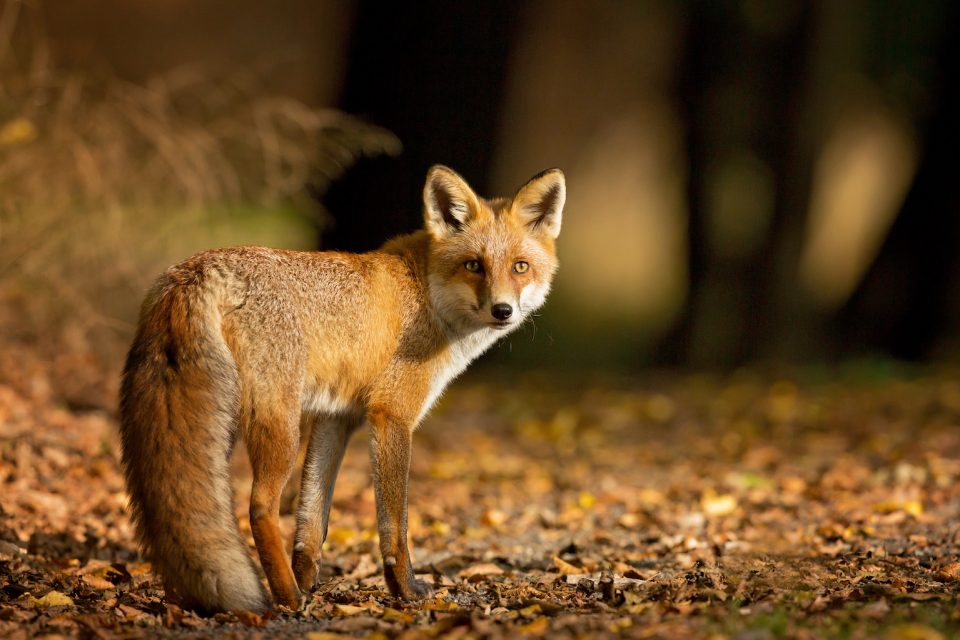 Foxes were domesticated during the Bronze Age

Researchers have discovered that foxes were domesticated during the Early to Middle Bronze Age. In the northeast of the Iberian Peninsula, it was common for humans to be buried with animals. Scientists have identified the remains of both dogs and foxes who are believed to have been domesticated because their diet was similar to that of their owners.

“We discovered that in some cases the dogs received a special kind of food. We believe this is linked to their function as working dogs. Besides, one of the foxes shows signs of having already been a domestic animal in those times,” said study co-author Aurora Grandal-d’Anglade.

The researchers analyzed a total of 37 dogs, 19 domestic ungulates, and 64 humans. They studied stable carbon and nitrogen isotopes in bone collagen to compare the diets of the animals to that of their owners.

The isotopic study of the foxes revealed a varied diet. The diet of some foxes looked similar to that of dogs at the same site, while the diet of others looked more like that of wild animals.

“The case of the Can Roqueta fox is very special, because it is an old animal, with a broken leg. The fracture is still in its healing process, and shows signs of having been immobilized (cured) by humans. The feeding of this animal is very unusual, as it is more akin to a puppy dog’s. We interpret it as a domestic animal that lived for a long time with humans,” said Grandal-d’Anglade.

In some particular cases in Can Roqueta, there was a food rich in cereal that had been given specifically to larger dogs and to at least one of the foxes. The researchers found evidence that these animals were used for carrying loads. 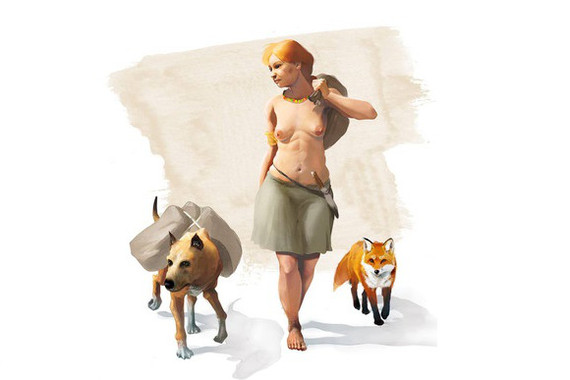 Bronze Age woman with a dog and a fox, Image Credit: J. A. Peñas

“These specimens also show signs of disorders in the spinal column linked to the transport of heavy objects. Humans were probably looking for a high-carbohydrate diet because the animals developed a more active job, which required immediate calorie expenditure. It may seem strange that dogs were basically fed with cereals, but this was already recommended by the first-century Hispano-Roman agronomist Lucius Junius Moderatus Columella, in his work De re rustica,” said study co-author Silvia Albizuri, who is an archaeozoologist at the University of Barcelona.

Exceptional findings in the tombs suggest that there were already well-differentiated funeral treatments among human communities during the Bronze Age.

In tomb #405, the experts uncovered the body of an individual accompanied by the whole bodies of two bovines and two dogs.

“We still don’t know why only a few people would have had the right or privilege to be buried with this type of offering, unlike what happens with the vast majority of burials,” Espinet added.

In Can Roqueta, there were also clear differences in the deposits of domestic animals within the tombs of both adults and children. According to the researchers, this indicates that social status was inherited from birth.

“It is tempting to think that if we understand domestic animals as a very important part of the agro- pastoral agro-shepherding economy of the Bronze Age and of the belongings of some people in life, these could be an indicator of the wealth of the deceased individual or of his clan or family,” said Nieto Espinet.

“It seems that species such as bovines and dogs, two of the most recurring animals in funeral offerings, are those that might have played a fundamental role in the economy and work as well as in the symbolic world, becoming elements of ostentation, prestige and protection.”

The study is published in the journal Archaeological and Anthropological Sciences.