Scientists may have finally uncovered the origin of eukaryotic cells • Earth.com 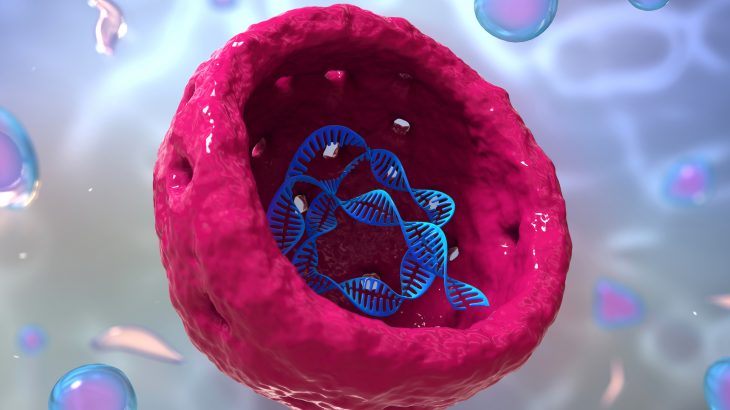 Scientists may have finally uncovered the origin of eukaryotic cells

Eukaryotes contain cells that have a volume of around 10,000 times greater than the single cell of organisms known as prokaryotes, such as bacteria. Emerging as far back as four billion years ago, prokaryotes are the most ancient forms of life on Earth. The earliest evidence of eukaryotes does not appear in the fossil record until more than a billion years later.

The eukaryotic cells found in humans and plants have a much more complex composition than bacteria, including specialized structures called mitochondria that power the cells. As for how eukaryotes evolved, one prevailing theory is that a single cell essentially swallowed another. In a new study, a microbe collected off the coast of Japan is shedding new light on this phenomenon.

Previously, a team led by Thijs Ettema of Wageningen University had analyzed sediment from the bottom of the Arctic Ocean and found that it contained DNA from an unknown microorganism. The sediment originated in the hydrothermal vents of a region called Loki’s Castle, named after the Norse god of mischief.

The organism was an archaean, a prokaryote which diverged from bacteria about 3.7 billion years ago. However, the single-celled organism was found to have genes that were thought to belong only to eukaryotes, including some that can break down the outer membranes of cells. This suggests that the archean, which is known as Lokiarchaeota, may have had the ability to swallow other cells.

In the years following this discovery, several related archaea were identified through their DNA, and the group became collectively known as the Asgard archaea.

In 2006, off the southern coast of Japan, a sediment core was pulled up from an area of seabed more than 2,500 meters down in the Nankai Trough. Upon learning about Asgard archaea a few years later, Hiroyuki Imachi and his team at the Japan Agency for Marine-Earth Science and Technology attempted to grow microorganisms from the 2006 sediment sample in an incubator.

The researchers developed a mixture of nutrients and other chemicals that allowed them to produce an Asgard archaean in the lab for the very first time.

“Several groups worldwide are trying this, including my lab,” Ettema told New Scientist. “They’ve beat us to it.”

After studying the behavior of the new microbe, Prometheoarchaeum syntrophicum, the team discovered that it has some very unique characteristics.

The experts have found that Prometheoarchaeum does not live on its own, and could only be grown alongside at least one other microbe. Experiments showed that it breaks down amino acids into simpler chemicals that are eaten by the neighboring microbes. This may have led to the opportunity for the Asgard archaean to swallow one of its microbial partners.

Prometheoarchaeum was also found to have unusually long arms that may have fused with the nearby bacteria, ultimately leading to more complex cells.

“This is a very influential and monumental paper,” Ettema told New Scientist. “It will be very exciting if we can cultivate other Asgard members to see if they have similar types of protrusions. Only then will we be able to infer the ancestral characteristics of the Asgard cell from which eukaryotes evolved.”