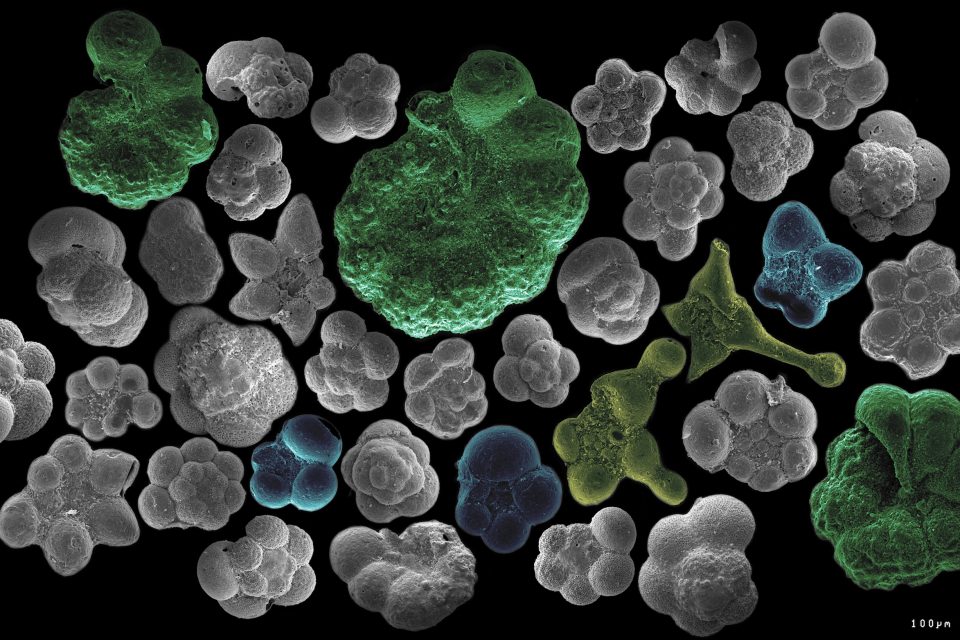 Evolutionary changes are not always gradual

One family of tiny, shelled organisms that float in the sea called Planktonic foraminifera (forams) are providing scientists with information that proves that evolution is not always a slow, gradual process. A team of researchers discovered a foram lineage which evolved much more quickly than anyone could have predicted.

Study first author Russell Bicknell is a palaeontologist at the University of New England’s Palaeoscience Research Centre in Australia.

“It was an exciting moment. What our study and many others are starting to agree on is that evolution of forams is not necessarily gradual, as Darwin and more recent scientists thought,” explained Bicknell. “Life can exist for long periods of time exhibiting only minor changes followed by rapid, punctuated shifts.”

The investigation was focused on the size and shape of 1,459 fossils belonging to a lineage of forams called Truncorotalia, which lived 5.9 to 4.5 million years ago. The measurements revealed that the shape of Truncorotalia’s shell rapidly changed 5.1 million years ago, when the oceans were cooling and flooding the earth.

According to the researchers, two post-Darwinian theories could describe the rapid changes they observed: punctuated equilibrium and quantum evolution. Punctuated equilibrium refers to short bursts followed by steady periods of morphological change within a lineage, while the theory of quantum evolution describes broader splits into new families, orders, and classes.

The researchers may have observed quantum evolution at a species level for the first time. Regardless, the researchers believe that previous theories of gradual evolution in foram lineages should be re-evaluated.