The extinction of the dinosaurs may have been inevitable • Earth.com 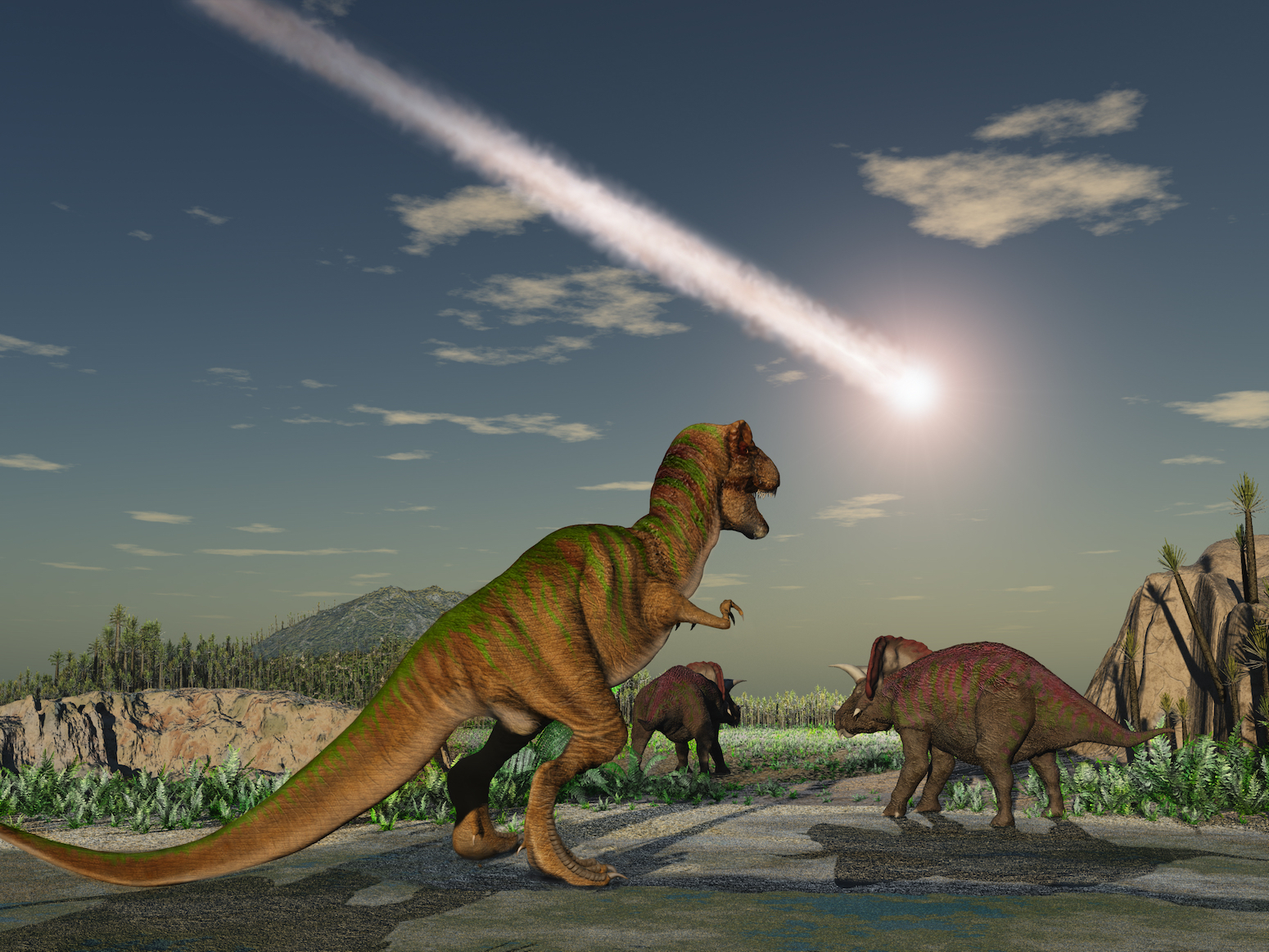 The extinction of the dinosaurs may have been inevitable

After dinosaurs emerged in South America 230 million years ago, they rapidly expanded across the planet. Researchers at the University of Reading are reporting that this population boom put dinosaurs at risk of extinction before the Chicxulub Meteor struck because they were running out of space.

“Early dinosaurs had a blank canvas and spread quickly across the devastated Earth, taking up every opportunity in their path,” said study co-author Dr. Chris Venditti.

“Virtually every door was open to them as there was no competition from other species. The inability of the dinosaurs to adapt rapidly enough as the Earth became full may explain why they were in decline prior to the asteroid strike, and why they were so susceptible to almost total extinction when it hit.”

The study is the first to describe the migratory patterns taken by dinosaurs out of South America. Ciara O’Donovan is an evolutionary biologist and lead author of the research.

“Fossil evidence has shown us where the dinosaurs started out and where they died, but there is an important middle period that little was known about,” said O’Donovan. “Our research fills this gap in prehistory by revealing how the dinosaurs spread, how fast they moved and what directions they moved in through time.”

The scientists developed a three dimensional model of where every dinosaur species’ ancestors existed to examine their movement. The investigation revealed that dinosaurs expanded at a rate of 621 miles every million years. After 170 million years, dinosaurs inhabited every terrestrial habitat on Earth.

According to O’Donovan, “the dinosaurs exploded out of South America in a frenzy of movement to cover the planet.” During this time, dinosaurs started becoming more diverse, evolving into species such as Tyrannosaurus rex and Diplodocus.

“There was nowhere new for species to move to, which may have prevented new species from arising, contributing to the dinosaurs’ pre-asteroid decline,” said O’Donovan. “In essence, they were perhaps too successful for their own good.”