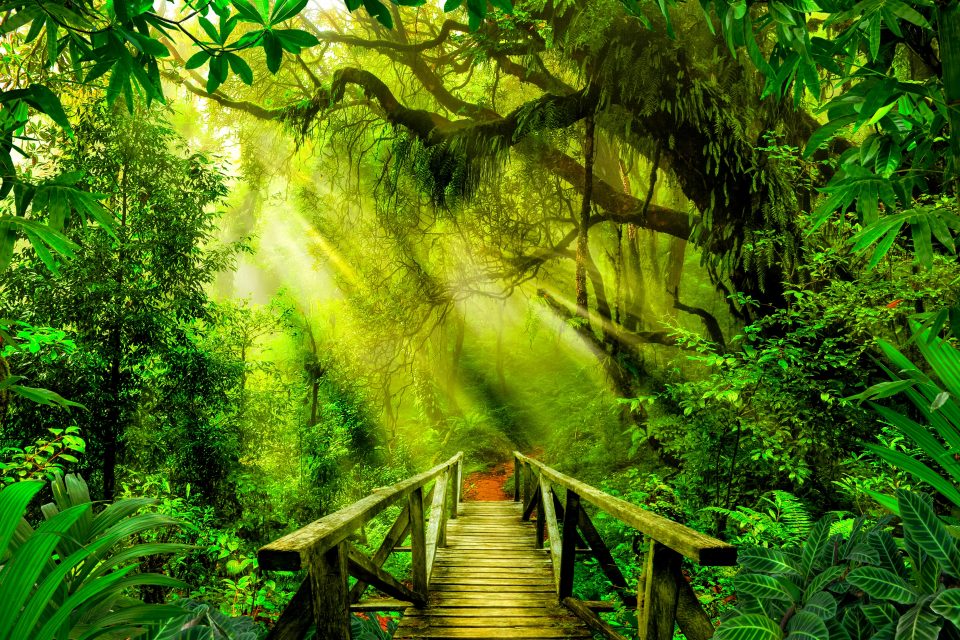 A new study from the Chinese Academy of Sciences has revealed that a tropical rainforest in southeast China contained a remarkable level of biodiversity during the Middle Miocene 14.7 million years ago.

The experts analyzed material preserved in amber and sedimentary rocks to describe the wildlife of the ancient seasonal rainforest in Fujian Province.

“During the Mid-Miocene Climatic Optimum, global temperatures were similar to predicted temperatures for the coming century,” explained the researchers. “Limited megathermal paleoclimatic and fossil data are known from this period, despite its potential as an analog for future climate conditions.”

The leaves of 78 different broadleaf trees show that tropical seasonal rainforests once extended farther north than today, which provides new insight into what changes could take place as a result of future warming.

According to the researchers, the arthropod fossils include more than 250 families of spiders, mites, and millipedes, and at least 200 families of insects in 20 orders. This extremely high diversity makes the Zhangpu collection one of the four richest records preserved in amber in the world.

The insects contained in Zhangpu amber include many ants, bees, lacewings, stick insects, termites, and grasshoppers that are today restricted to tropical Southeast Asia and New Guinea.

The results suggest that Asian rainforest insect communities have remained stable since the middle Miocene, at least 15 million years ago.

“Our results not only highlight the role of tropical rainforests acting as evolutionary museums for biodiversity at the generic level but also suggest that the MMCO probably strongly shaped the East Asian biota via the northern expansion of the megathermal rainforest biome,” wrote the study authors. “The Zhangpu biota provides an ideal snapshot for biodiversity redistribution during global warming.”