Extreme weather in the Arctic may affect animals in unexpected ways • Earth.com 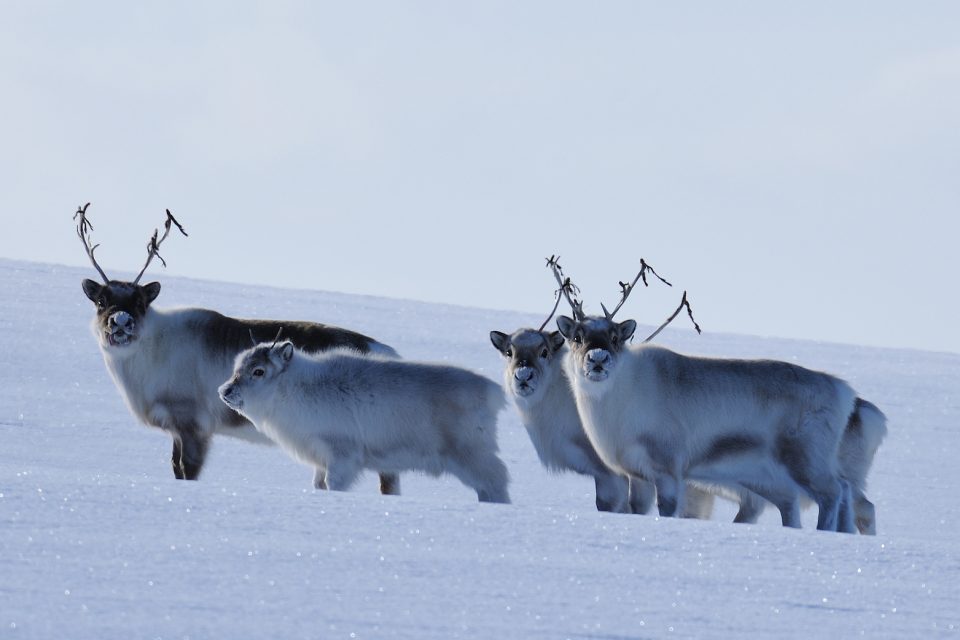 Extreme weather in the Arctic may affect animals in unexpected ways

For thousands of years, reindeer have persisted across Norway’s Svalbard archipelago, despite the harsh Arctic conditions. But now, climate change is impacting the health of these reindeer as they struggle to access the grass and plants that they need for survival.

In recent decades, global warming has increased the frequency of rain-on-snow (ROS) events, which cause ice to form on the ground. This ice covers the preferred food of the reindeer and they begin to starve.

A team of researchers led by Brage Bremset Hansen from the Norwegian University of Science and Technology used computer models to investigate the fate of reindeer populations if icing becomes a normal event.

“In the past, some rare icing events have been shown to cause population crashes,” wrote the study authors. “An intuitive expectation would be to predict more population crashes and hence a greater extinction risk with continued warming.”

Based on reindeer data collected each year since 1994 and a biological model called an Integrated Population Model, the researchers created a detailed picture of the Svalbard reindeer population. They also analyzed historical ROS events, which allowed them to make projections of how the reindeer population would change under various scenarios.

The study revealed that under harsher conditions in the future, as ROS frequency increased, the reindeer population would respond in an unexpected way.

“If ROS conditions remain the same as observed in the past, the probability that the population goes extinct is actually much higher than under the likely future scenario of very high ROS frequencies,” said study co-author Marlène Gamelon.

The researchers found that extremely harsh winters with ROS events could only cause a population crash if animal density was high, when there was the greatest competition for food.

The study also showed that winter icing in consecutive years caused no significant effect on the population. Under this scenario, the small population had not aged that much and was not at risk of starvation.

“The interactions between climate effects, density and age structure explain why our study population did not crash in recent icy winters,” said the researchers. “In other words, internal population restructuring modifies and buffers the effects from climate change.”

“One important message from our study, supported by past observations of this population, is that the impact of a harsh winter on the population is far less dramatic if it happens soon after a previous harsh winter.”