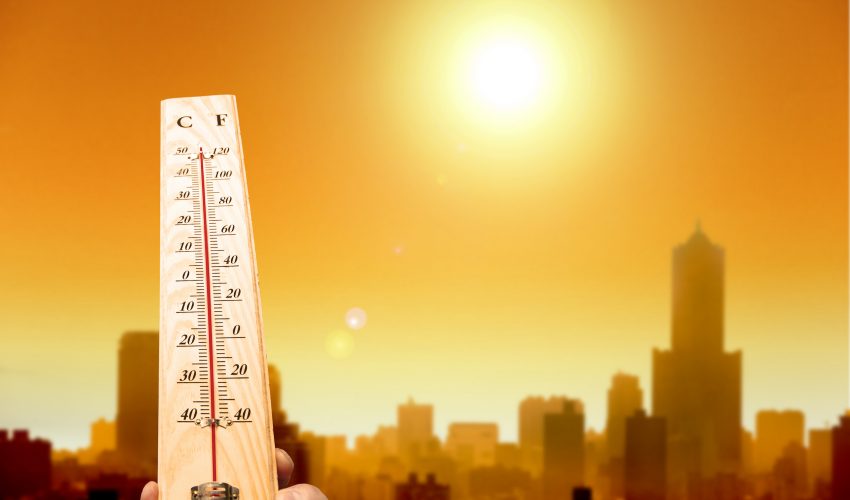 In the next couple of decades, the United States is expected to have more days with extreme heat, more frequent and persistent heat waves, and longer growing seasons. The demand for resources such as water and energy will rise substantially. Researchers at the University of Illinois have developed high-resolution climate models to help local officials anticipate these increasing needs.

The scientists set out to demonstrate how modeling that uses increased resolution gives more accurate future climate projections. Models that rely on spatial resolution are acceptable when looking hundreds of years into the future, but they are unable to account for local atmospheric events.

“Our new models work at a spatial resolution of 12 km, allowing us to examine localized changes in the climate system across the continental U.S.,” said study co-author Donald Wuebbles. “It is the difference between being able to resolve something as small as Champaign County versus the entire state of Illinois – it’s a big improvement.”

For their investigation, the researchers considered two future greenhouse gas emissions scenarios. One condition represented the current rate of emissions, while the other showed fossil fuel consumption that is significantly reduced by the end of the century.

The team generated future data for both scenarios over the next two decades and compared it with historical data from 1995 to 2004.

“One of the most alarming findings in our business-as-usual projection shows that by late-century the southeastern U.S. will experience maximum summer temperatures every other day that used to occur only once every 20 days,” said co-author Zach Zobel.

The study revealed that other regions of the country will experience significant changes in temperature as well, yet not as severe.

“The Midwest could see large unusual heat events, like the 1995 Chicago heat wave, which killed more than 800 people, become more common and perhaps even occur as many as five times per year by the end of the century,” said Wuebbles. “Heat waves increase the mortality rate within the Midwest and the Northeast because people in these densely populated regions are not accustomed to coping with that kind of heat that frequently.”

The researchers explained that the extreme temperatures are likely to cause significant changes in crops and in the ecosystem.

“The concept of global climate change can be somewhat abstract, and people want to know how these projected changes are going to affect them, in their community,” said Wuebbles. “Our models are helping answer those questions, and that is what separates our work from the larger, global-scale studies.”