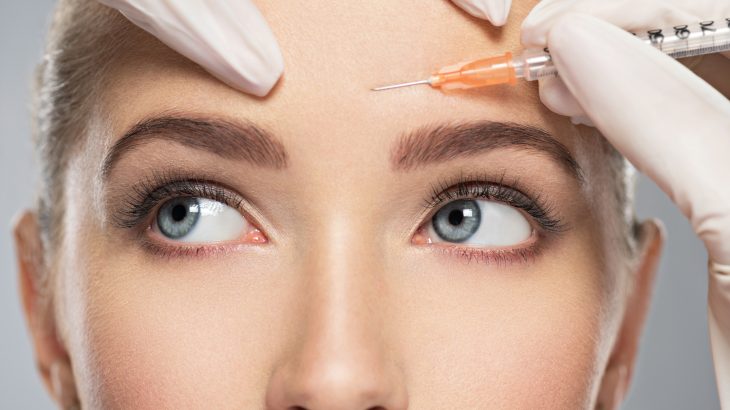 A new study from Northwestern University has found that facial exercise can speed up the wrinkle-reducing effects of Botox injections. The researchers discovered that exercising muscles in the face accelerates the change in appearance by about one day.

The results of botulinum toxin (Botox), which include a reduction in forehead wrinkles, frown lines, and crow’s’ feet, produce a more youthful appearance that lasts for several months. However, it takes a few days for the effects to become visible.

Study lead study author Dr. Murad Alam is a professor of Dermatology and a physician at Northwestern Medicine.

“Patients often leave getting their Botox to the last minute,” said Dr. Alam. “If people get their botulinum toxin right before a social engagement or important work event, they may worry it won’t start working in time. Speeding up the effects could be important to people.”

The general belief in the medical community was once that exercising the treated muscles would make Botox work sooner. According to Dr. Alam, some doctors suggested it did not make much of a difference, and the idea fell out of favor.

“But we wondered who was right. Since there had not been any well-designed randomized studies comparing exercise and no exercise side-by-side, we decided to do one.”

The investigation was focused on 22 adult women with forehead wrinkles who were treated with botulinum toxin. Half of the participants were instructed to exercise their facial muscles over four hours after the injections, while the other half were not. The exercises included raised motions of the forehead and scowls in three sets of 40 repetitions separated by 10 minutes.

Six months later, when the effects of the Botox had worn off, the participants were retreated and their roles were reversed. The group who had not performed facial exercises in the first trial were instructed to do so, and vice versa.

Ratings by both dermatologists and participants revealed that forehead wrinkles showed improvement in two to three days when the injections were followed by facial exercise, compared to three to four days without exercise.

“Botox binds to receptors on nerve cells to relax muscles, and it is possible that exercise speeds this binding process,” said Dr. Alam. “For patients who need quick results, the exercise may be worth the effort. Patients appreciate having more control over their care.”

The study is published in the Journal of the American Academy of Dermatology.