Faking death is a good way for animals to stay alive • Earth.com 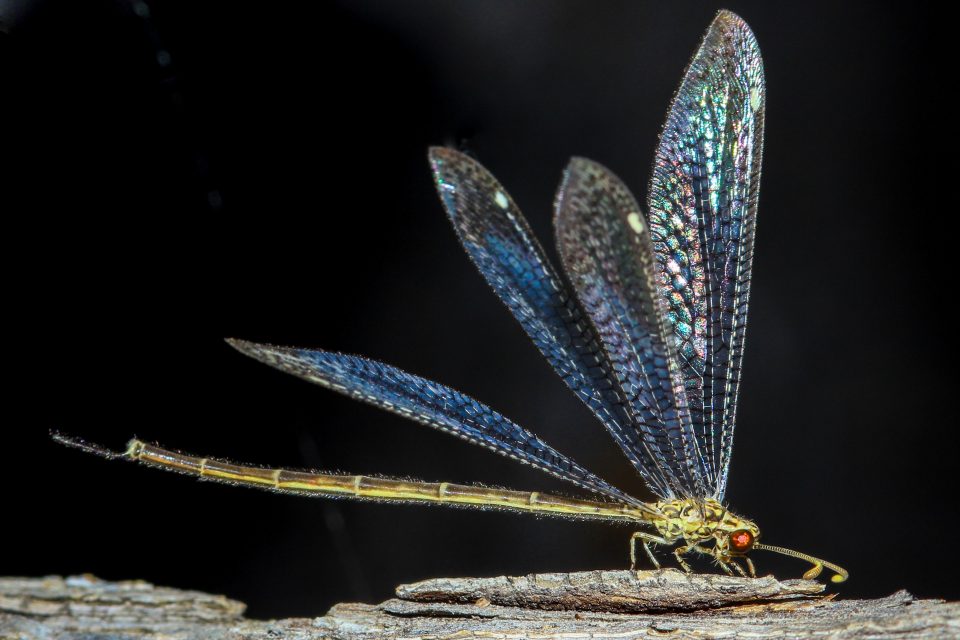 A new study from the University of Bristol has explored how long some animals will fake their own death to evade predators. The researchers investigated whether certain prey species may be sitting motionless for unnecessarily long periods, or if they have mastered the timing.

Death-feigning is a fairly common survival tactic among ants, beetles, and other insects. Some animals will even give off a foul-smelling to dodge an attack. Predators instinctively avoid eating dead animals because they may harbor dangerous bacteria.

While Charles Darwin recorded a beetle that remained stationary for 23 minutes, the new research has documented an individual antlion larva pretending to be dead for a total of 61 minutes.

The experts report that the amount of time an individual remains motionless is unpredictable, which means that predators have no concept of how long they should wait on an individual to start moving again. Considering that predators are hungry and cannot wait indefinitely for a meal, the targeted prey are basically wasting time if they fake their death for too long.

The researchers used computer simulations that utilize the marginal value theorem, a classical model in optimization, to evaluate the potential benefits of death-feigning among small populations of conspicuous prey in the face of predators.

“Imagine you are in a garden full of identical soft fruit bushes. You go to the first bush. Initially collecting and consuming fruit is fast and easy, but as you strip the bush finding more fruit gets harder and harder and more time consuming,” said study lead author Professor Nigel R. Franks.

“At some stage, you should decide to go to another bush and begin again. You are greedy and you want to eat as much fruit as quickly as possible. The marginal value theorem would tell you how long to spend at each bush given that time will also be lost moving to the next bush.”

“We use this approach to consider a small bird visiting patches of conspicuous antlion pits and show that antlion larvae that waste some of the predator’s time, by ‘playing dead’ if they are dropped, change the game significantly. In a sense, they encourage the predator to search elsewhere.”

According to the model projections, antlion larvae would not gain significantly if they remained motionless for even longer than they typically do. This suggests that over the course of evolution, prey species have determined the optimal amount of time that is needed to fake their death to avoid predation.

“Thus, playing dead is rather like a conjuring trick. Magicians distract an audience from seeing their sleights of hand by encouraging them to look elsewhere,” said Professor Franks. “Just so with the antlion larvae playing dead – the predator looks elsewhere. Playing dead seems to be a very good way to stay alive.”