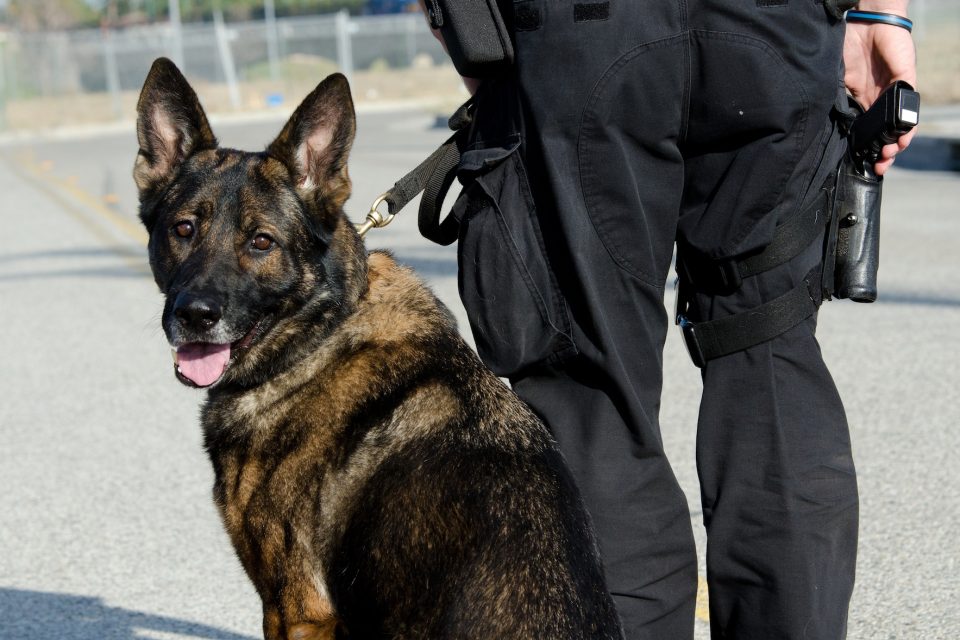 Federal working dogs are testing positive for a dangerous disease

A new study has revealed that over 100 working dogs have tested positive for a potentially deadly tropical disease that is spread by a blood-sucking triatomine, or “kissing bug.” The dogs were on duty for the United States federal government when they contracted the disease, which could become a threat across the country.

The canines have been infected with the parasite Trypanosoma cruzi, which causes Chagas disease and may lead to heart problems and even death. Chagas was once confined to Mexico, Central America, and South America, but has now moved into regions of the U.S.

Alyssa Meyers is a PhD candidate at Texas A&M University who presented the findings.

“We were surprised to find that so many dogs, including those working outside of the kissing bug range, had been exposed to the parasite T. cruzi, and were exhibiting heart abnormalities associated with the disease,” said Meyers.

The T. cruzi parasite is transmitted through the feces of kissing bugs, and infected humans or dogs usually show signs of a fever and fatigue. However, even infections that produce no symptoms can cause heart complications, such as an enlarged heart, followed by sudden death.

According to Meyers, kissing bugs thrive in locations with high concentrations of hosts, leaving dogs in training facilities at a higher risk for exposure. Dogs being conditioned for homeland security are trained at facilities in Texas and Virginia – two states that are known to have populations of kissing bugs that carry the Chagas parasite.

“From previous studies we knew that shelter and stray dogs were at risk for exposure, likely because of their time spent outdoors, and perhaps the dogs working along the U.S.-Mexico border who spend long hours outside often at night might be equally exposed,” said Meyers. “We were not expecting infection in dogs that spend most of their time working along the border with Canada or in airports in Nebraska.”

After evidence of Chagas emerged in dogs working on the Mexican border, Meyers and the Texas A&M team collaborated with experts at the U.S. Department of Homeland Security (DHS) to collect and test blood samples from 1,660 working dogs in 43 states. The canine duties included border patrol, search and rescue, detecting drugs and explosives, and helping to guard federal buildings.

The testing revealed that 121 dogs, which represented over seven percent of those tested, had antibodies to T. cruzi that indicated an ongoing infection. Many of the infected dogs showed signs of heart abnormalities that are associated with Chagas and can be fatal.

Meyers said that uncertainty about where the infected dogs picked up the parasite makes it difficult to clearly estimate the human risks. Most of the human cases that have been diagnosed in the U.S. are believed to have originated in Latin America, but cases of locally-acquired infections have been documented in many southern states including Arizona, Arkansas, Louisiana, Mississippi, Tennessee, and Texas.

Meyers added that the discovery of Chagas infections in working dogs does not necessarily mean there is an increasing threat to people.

“A positive dog usually signals that infected kissing bugs are in the environment,” said Meyers. “But the risk to humans is likely not equal to dogs, in part because dogs have a tendency to eat bugs that could be infected with the parasite and dogs spend more time outdoors.”

Furthermore, while kissing bugs in Mexico and Central America have been found to infest houses, studies show the varieties found in the U.S. are less likely to invade homes, which significantly lowers the risk of human exposure.

The research was presented at the 67th American Society of Tropical Medicine and Hygiene (ASTMH) Annual Meeting.