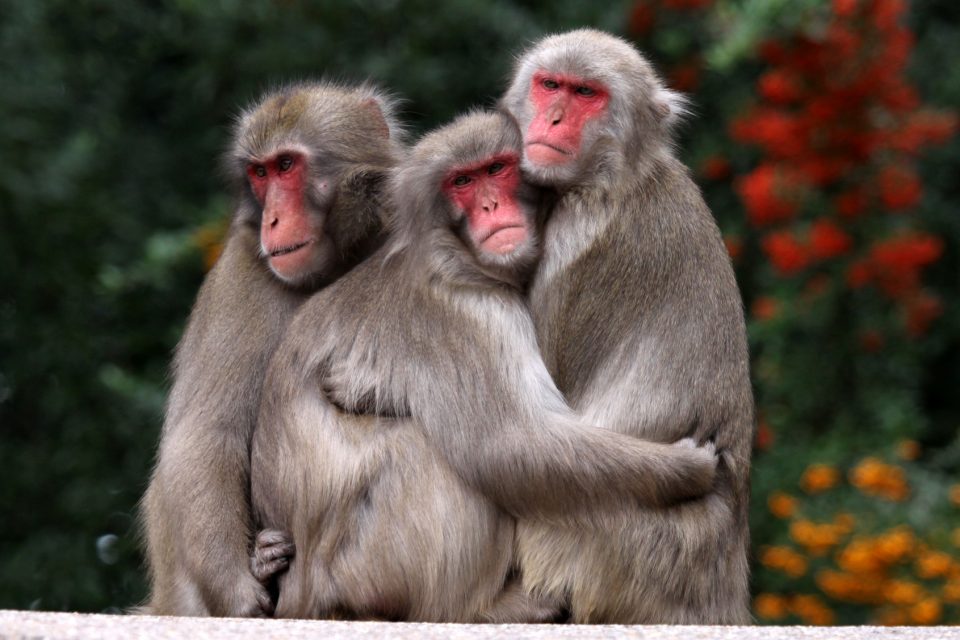 A new study from Kyoto University has revealed that the red faces of female Japanese macaques signal information about their social rank, rather than about their reproductive status.

Both male and female Japanese macaques display changing red skin coloration on their faces. While males of many animal species use bright colors to attract mates, little is known about the role that coloration among females may play in mating.

Previous studies in other primates have suggested that there is a link between red skin color variation and ovulation or fertility. In addition, female Japanese macaques are known to acquire lighter or darker faces based on sex hormone levels, which indicates that redder faces are a sign of mating availability.

To investigate whether changes in skin color actually signal ovulation timing, the researchers collected coloration data from the face and hindquarters of selected female macaques during the winter mating season. The team compared this information with the hormone levels of the individuals.

“We were astonished to find that, contrary to what we originally thought, changes in female skin color did not actually indicate the ovulation period! Skin color was not correlated to fertility either,” said Rigaill. “It gets even more surprising! Females of higher-social status had darker/redder hindquarters, something only reported in male primate populations until now.”

The research suggests that female red skin color may play a more complex role in Japanese macaques than what was previously realized.

“We suggest that female red skin coloration acts as a ‘badge’ of social rank, where higher ranked females have darker/redder hindquarters,” said Rigaill. “Intriguingly, females don’t show precise behavioral or coloration changes until the beginning of pregnancy, outlining a larger picture of the sexual signaling in this species: females seem to conceal ovulation but signal pregnancy.”

The study is published in the journal Behavioral Ecology and Sociobiology.