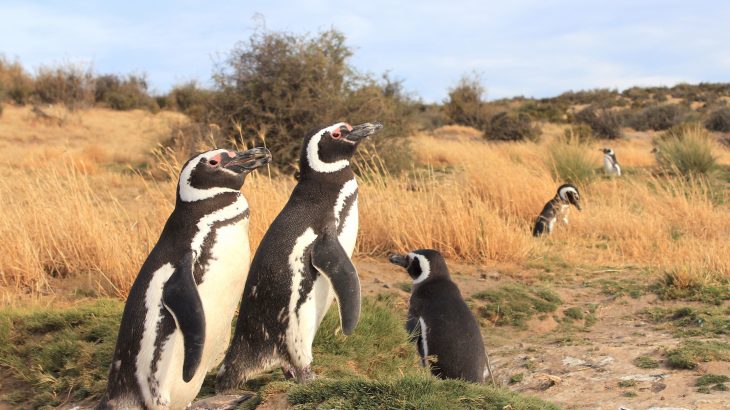 Female penguins venture farther north and many end up stranded

According to new research published January 7th in Current Biology, female Magellanic penguins travel farther north than their male counterparts, which leads to thousands of female penguins getting stranded on the South American coastline. Those stranded usually end up on the coast between Argentina and southern Brazil — about 1,000 kilometers (over 620 miles) away from their Patagonia breeding ground.

“Anthropogenic threats have been considered to threaten wintering Magellanic penguins along the coasts of northern Argentina, Uruguay, and southern Brazil; these include water pollution caused by oil development and marine transport as well as fishery-associated hazards, such as bycatch and depletion of prey species,” Takashi Yamamoto, of Tokyo’s Institute of Statistical Mathematics, said. “Our results suggest that the northward spatial expansion likely increases the probability to suffer these risks, and particularly so in females.”

But why are females three times more likely than males to be stranded along the South American coast? Yamamoto and his colleagues realized that females and males actually split up during the winter season.

The team followed eight male and six female Magellanic penguins during the non-breeding season in 2017. After finishing breeding in February, the penguins migrated during April and returned to the breeding spots in September and October. The researchers saw that, during the winter season, females went farther north than the males and also didn’t dive as deep while in the water.

Perhaps the reasoning behind both characteristics has to do with competition for food or other resources that are dependent on physical size — female Magellanic penguins are smaller than males. Regardless of the reason, Yamamoto notes that their findings highlight “the necessity of gaining a better understanding of the long-term spatial utilizations of species throughout their annual cycle, including any differences within a population, in order to facilitate dynamic and adaptive conservation practices.”