Flood risks linked to global warming have been underestimated • Earth.com 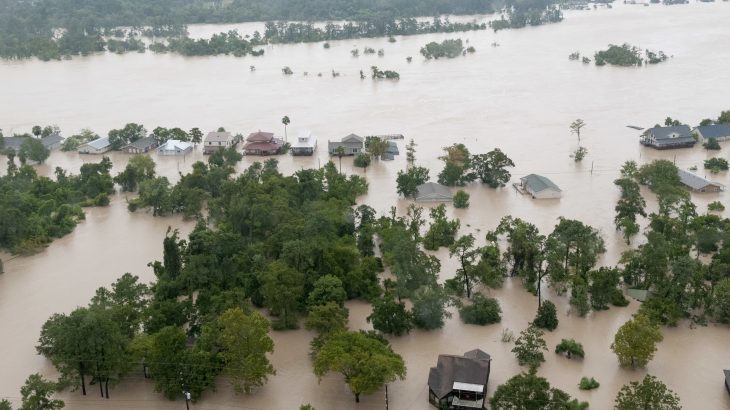 Flood risks linked to global warming have been underestimated

The Earth experienced an extreme episode of global warming around 56 million years ago, which is known as the Palaeocene-Eocene Thermal Max (PETM). Over the course of just 10,000 to 20,000 years, the average temperature spiked by 5 to 8 degrees without returning to its original level until a few hundred thousand years later.

Based on the analysis of sediments from the southern slope of the Pyrenees, researchers at the University of Geneva (UNIGE) measured the impact of this global warming event on river floods and the surrounding landscapes. They found that the intensity of floods increased by a factor of eight, and sometimes even by a factor of 14.

Study lead author Sébastien Castelltort is a professor in the Department of Earth Sciences at the UNIGE Faculty of Sciences.

“The method we relied on to analyze this global warming is directly inspired by cell signaling in systems biology, where researchers analyse the response of cells to external stimuli and the ensuing signal transmission,” explained Professor Castelltort.

“We are interested in how a system, in this case the hydrologic cycle through the behavior of rivers, reacts to an external signal, here the global warming.”

Overall, the research shows that the consequences of global warming may be much greater than predicted by current climate models. For example, during the PETM, vegetation would have been replaced by pebbly plants. Rivers constantly changed course and often widened dramatically – from 15 to 160 meters wide in the most extreme case.

“With global warming, the landscape changed completely. The channel-forming floods, which occur on average every 2 to 3 years and whose flow we have been able to measure, went up to 14 times greater than before when climate was cooler,” explained Professor Castelltort.

“Our study shows that there are thresholds, non-linear evolutions that go beyond this ratio. With a ratio of 14 for flood magnitude, we face effects that we do not understand, which can perhaps be explained by local factors, but also by global factors that are not yet incorporated into current climate models. Our study proves that the risks associated with global warming may be far greater than we generally think.”