Scientists may have found the key to developing flood-resistant crops • Earth.com 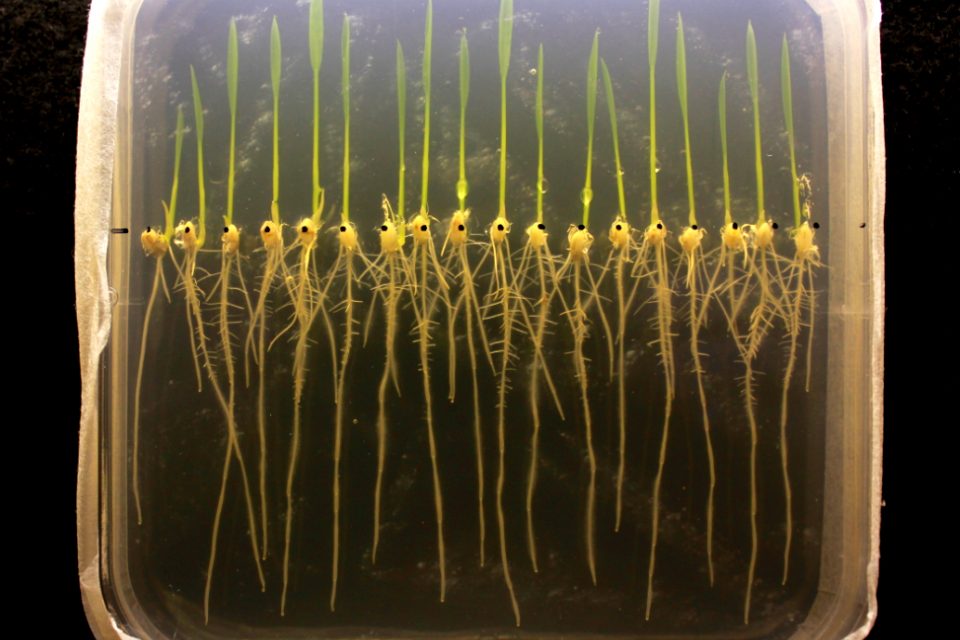 Scientists may have found the key to developing flood-resistant crops

Scientists may have found the key to developing flood-resistant crops. Rice is the only major food crop that can survive flooding, but a new genetic study from UC Riverside may ultimately lead to the creation of additional flood-resistant crops. The potential breakthrough comes at a time when climate change is pushing rainfall patterns to the extremes.

“This is the first time that a flooding response has been looked at in a way that was this comprehensive, across evolutionarily different species,” said study co-author Professor Siobhan Brady.

For the investigation, the researchers examined how a wild-growing tomato, a tomato used for farming, and a plant similar to alfalfa responded to being submerged in water compared to rice.

The study revealed that all of the plants shared at least 68 families of genes that are activated in response to flooding, which are called submergence up-regulated families (SURFs).

“Since evolution separated the ancestors of rice and these other species as many as 180 million years ago, we did not expect to find 68 SURFs in common,” said co-author Professor Neelima Sinha.

Rice was domesticated from wild species that grew in tropical regions, where it evolved to endure monsoons and waterlogging. Some of the genes involved in this adaptation were found in the other plants, but were not effective in response to flooding around the roots.

“We hope to take advantage of what we learned about rice in order to help activate the genes in other plants that could help them survive waterlogging,” said study lead author Professor Julia Bailey-Serres.

The team analyzed cells located at the tips of the plant roots to understand whether and how their genes were activated when they became submerged in water and deprived of oxygen.

“We looked at the way that DNA instructs a cell to create particular stress response in a level of unprecedented detail,” said study co-author Mauricio Reynoso.

Although the SURFs were activated in all the plants during the flooding experiments, only the genetic responses observed in rice were effective enough for survival. The researchers will conduct additional studies to improve the flood survival rates of other crops.

“Imagine a world where kids do not have enough calories to develop,” said Professor Bailey-Serres. “We as scientists have an urgency to help plants withstand floods, to ensure food security for the future.”