Some flying reptiles of the late Jurassic were filter feeders • Earth.com 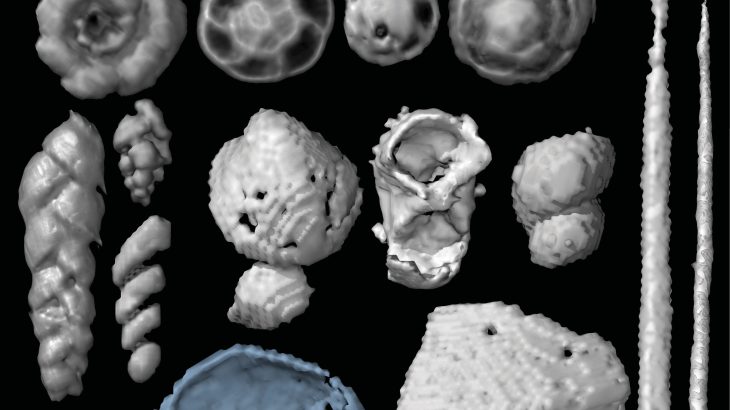 Some flying reptiles of the late Jurassic were filter feeders

Researchers at Uppsala University have found the first evidence of filter-feeding among pterosaurs during the Late Jurassic. The study has revealed that the diets and feeding behaviors of pterosaurs were similar to those of modern flamingos.

Pterosaurs were a diverse group of flying reptiles that existed during the age of dinosaurs. Fossil evidence indicates that they adapted to different lifestyles and feeding habits like modern birds.

Many marine animals, such as flamingos, use filter-feeding to separate food from water. An abundance of microscopically-small aquatic prey remains can be found in the feces of flamingos.

Fossilized droppings, or coprolites, are surprisingly common and often hold valuable information about the diets of extinct animals. However, it can be challenging to know which animal produced the droppings.

In the current study, the researchers analyzed the contents of three coprolites collected from a surface in the Wierzbica Quarry in Poland. The coprolites were discovered alongside an abundance of pterosaur footprints. This, along with their size and shape, suggests that the droppings were produced by a group of pterosaurs called Ctenochasmatidae.

The coprolites were scanned using synchrotron microtomography, which made it possible to image the contents of the fossils in three dimensions. The scans revealed many microscopic food remains, including small shells of marine invertebrates and possible remains of polychaete worms.

Foraminifera, small amoeboid protists with external shells, were also found in the coprolites. The modern Chilean flamingo is known to produce droppings full of foraminifera after feeding in coastal wetlands.

“A reasonable explanation for how a pterosaur big enough to have produced the droppings ingested such small prey is through filter feeding,” explained study co-author Martin Qvarnström.

“The similar contents of the droppings of these flamingos and the pterosaur coprolites could be explained by similar feeding environments and mesh sizes of the filter-feeding apparatus. It appears therefore that the pterosaurs which produced the footprints and droppings found in Poland were indeed the flamingos of the Late Jurassic.”