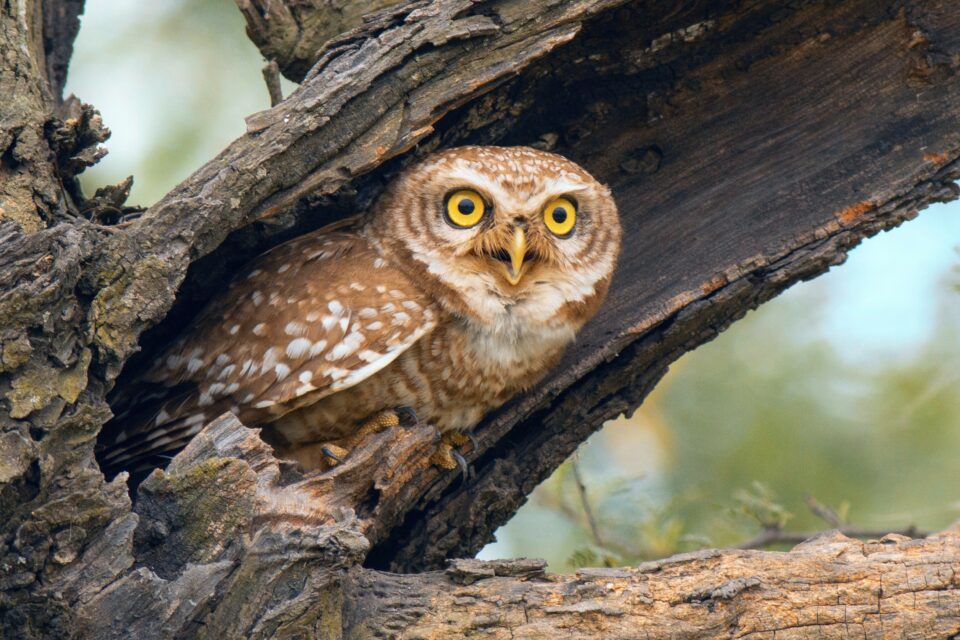 Forest restoration could protect spotted owls in the long term

A new study has shown that forest restoration limits the potential for “megafires,” which can help protect species such as the California spotted owl in the long term.

The researchers noted that in the seasonally dry forests of western North America, large-scale restoration may reduce severe fire and increase forest resilience. However, the experts wanted to investigate whether restoration treatments may inadvertently eliminate existing habitat for sensitive wildlife species.

Study lead author Dr. Gavin Jones is a research ecologist with the USDA Forest Service (USFS) Rocky Mountain Research Station. He explained the research shows that forest restoration and the preservation of the spotted owl are not mutually exclusive, as had previously been feared.

“We’ve shown that restoration provides co-benefits to owls by reducing their exposure to stand-replacing wildfire, which leads to loss of nesting habitat,” said Dr. Jones.

The researchers developed a fire simulation model to predict severe fire across the Sierra Nevada through the year 2050. As forest restoration strategies were accounted for in the model, the predicted amount of severe fire decreased.

“We modeled bioregional-scale effects of forest restoration on future severe fire activity and occupancy dynamics of an old-forest species declining in abundance, the spotted owl (Strix occidentalis), in the Sierra Nevada mountains of California,” explained the researchers.

“Even under climate change, forest management can move the needle on forest ecosystem conservation by reducing future stand-replacing fire and do so in a way that safeguards habitat for sensitive species like the California spotted owl,” said Dr. Jones.

He noted that the research team is now expanding its efforts beyond the spotted owl to see how the broader forest wildlife might respond to future fire and forest management.