Fossil sheds new light on the evolution of starfish • Earth.com 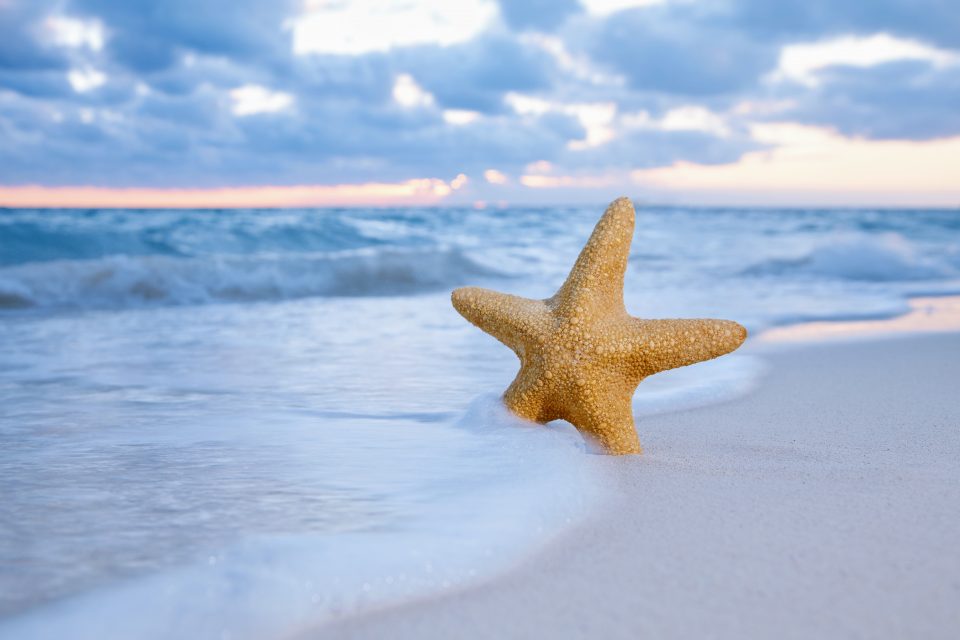 Fossil sheds new light on the evolution of starfish

Researchers at the University of Cambridge have identified a fossil of the earliest known starfish relative. The origin of starfish has eluded scientists for decades, but the new specimen is so well preserved that it is shedding brand new light on the evolutionary history of the starfish family.

“Finding this missing link to their ancestors is incredibly exciting. If you went back in time and put your head under the sea in the Ordovician then you wouldn’t recognize any of the marine organisms – except the starfish, they are one of the first modern animals,” said study lead author Dr. Aaron Hunter.

“The level of detail in the fossil is amazing – its structure is so complex that it took us a while to unravel its significance.”

The fossil, named Cantabrigiaster fezouataensis, was discovered in Morroco’s Anti-Atlas mountain range. The specimen and its intricate details, including feathery arms, have been preserved for roughly 480 million years.

The fossil’s features are a combination of a starfish and a sea lily, which is a plant that is fixed to the seafloor by a stalk.

According to the researchers, the discovery captures the early evolutionary steps of the animal at a time in Earth’s history when life suddenly expanded, a period known as the Ordovician Biodiversification Event.

Modern starfish and sea lilies both belong to a family of spiny-skinned animals called echinoderms. Dr. Hunter’s experience studying both living and fossilized echinoderms is what helped him recognize the features of the specimen.

“I was looking at a modern crinoid in one of the collections at the Western Australian Museum and I realized the arms looked really familiar, they reminded me of this unusual fossil that I had found years earlier in Morocco but had found difficult to work with.”

Modern echinoderms have extremely different shapes and sizes, so it can be challenging to determine how they are related to each another. The new species is unusual because it does not have many of the key features of its relatives. It lacks roughly 60 percent of a modern starfish’s body plan.

In collaboration with study co-author Dr Javier Ortega-Hernández, Dr. Hunter compared the new species to hundreds of starfish-like animals to map the echinoderm skeleton. The researchers looked for similarities and differences between the body plan of modern echinoderms to reveal how each family member was linked to Cantabrigiaster.

The experts found that only the key or axial part of the body, the food groove, was present in Cantabrigiaster. All of the extra-axial body parts evolved later.

Going forward, the researchers hope to expand their work in search of early echinoderms.

“One thing we hope to answer in the future is why starfish developed their five arms,” said Dr. Hunter. “It seems to be a stable shape for them to adopt – but we don’t yet know why. We still need to keep searching for the fossil that gives us that particular connection, but by going right back to the early ancestors like Cantabrigiaster we are getting closer to that answer.”