Fossils shed light on the link between modern birds and dinosaurs • Earth.com 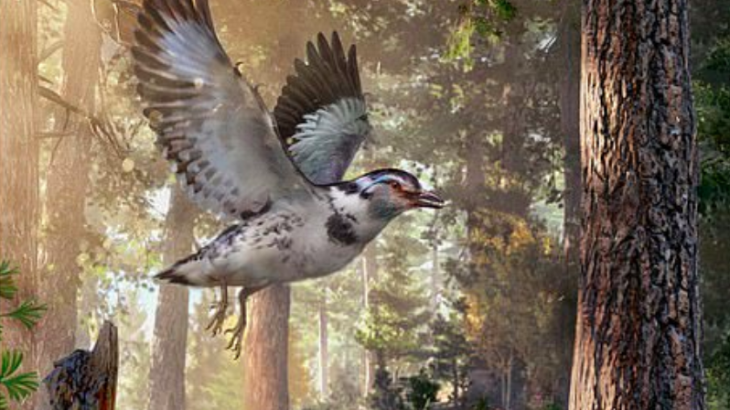 Fossils shed light on the link between modern birds and dinosaurs

A fossil that dates back 127 million years is providing insight into the genetic link between modern birds and ancient dinosaurs. The fossil belongs to a newly-described extinct bird species that was uncovered in northeastern China.

According to researchers at the Chinese Academy of Sciences, the study reveals new details about the development of birds during the early evolution of flight. The remains can be traced back to a time when birds had lost their bony tails but had not yet developed tail feathers that would assist them in flight.

The team named the species Jinguofortis perplexus, which roughly translates to “brave female warrior.” J. perplexus had traits that linked it to some of its theropod dinosaur relatives, including a jaw with small teeth.

Two-legged theropod dinosaurs, such as Tyrannosaurus rex, were characterized by their bird-like feet and pelvis. These theropods had a “wishbone,” as well as other lightweight and hollow bones, that are characteristic of today’s birds.

A detailed analysis of J. perplexus showed that this species had a short bony tail and ate mostly plants. The specimen was also found to have a third finger that contained just two bones, which was different from other early birds.

The experts noted that the shoulder bones of J. perplexus were fused together, indicating that these birds did not fly the same way that birds do today. On the other hand, estimation of the fossil’s wing size and its body mass showed that the species had a wing shape and wing-to-body ratio similar to modern birds.

This fossil discovery follows relevant work by researchers at the University of Kent, who have studied the genetic structure of modern birds and turtles to investigate what the DNA of dinosaurs may have looked like.