Frogs turn up the charm when they live in the city • Earth.com 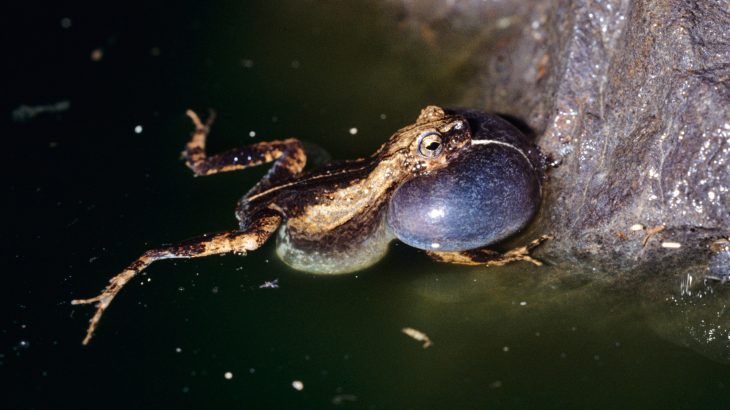 Frogs turn up the charm when they live in the city

According to the United Nations, nearly 70 percent of the global population will live in cities by 2050. As urban regions expand, wild animals will have to adapt.

A new study by experts at the Smithsonian Technical Research Institute (STRI) has revealed one such adaptation strategy used by male tungara frogs in Panama City, who try to appear to be sexier and more enticing than other frogs in nearby forests.

Study co-author Wouter Halfwerk is an assistant professor at Vrije University in Amsterdam and a visiting scientist at STRI.

“Some people call tiny tungara frogs the acoustic equivalents of peacocks. They are nothing to look at, but just like male peacocks have fancy tails to attract females, tungara frogs add extra sounds to their calls to lure females in.”

In order to avoid predators such as bats and parasitic flies, however, the frogs have to be careful about when they perform their love songs.

The researchers set out to investigate how city frogs compare with forest frogs when they call to attract females. In their first experiment, Professor Halfwerk’s team played recordings of male tungara frog calls in 22 urban and forest locations. Using infrared-sensitive cameras, they monitored the number of approaching females, predators, and parasites.

In the city, the recorded calls did not attract as many females, who may have been simply less available. In addition, the mating calls only attracted a few flies and no bats, which indicates that predators are less of a threat in the city.

Study co-author Rachel Page explained,  “Just as we change our social relationships in cities, animals are changing their relationships and their behavior in the radically altered biological communities we are creating across the globe.”