Fungi rely on bacteria to release nutrients for their host plants • Earth.com 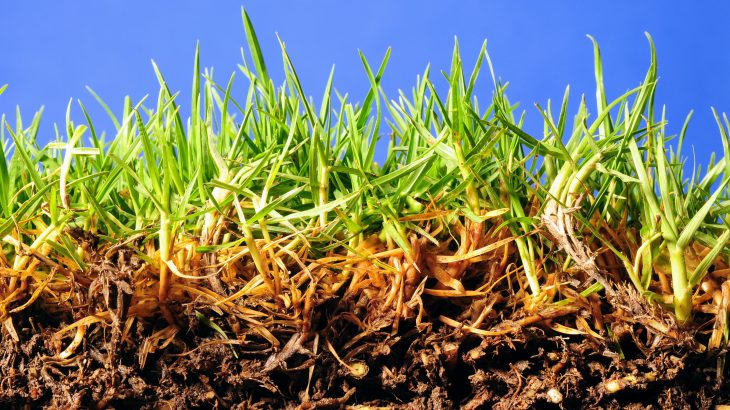 Fungi rely on bacteria to release nutrients for their host plants

In a new study from the Boyce Thompson Institute (BTI), experts have identified a group of bacteria that appear to help fungi and their host plants gain access to soil nutrients. The findings may ultimately lead to inexpensive and environmentally safe methods of enriching soil and improving crop yields.

Arbuscular mycorrhizal (AM) fungi interact with the roots of 70 percent of all terrestrial plants to establish symbiotic relationships. The plants trade fatty acids for the fungi’s nitrogen and phosphorus. However, AM fungi do not have the enzymes that are needed to release nitrogen and phosphorus from complex organic molecules in the soil.

Led by Professor Maria Harrison, the BTI team speculated that other soil microbes may help the fungi gain access to soil nutrients. To investigate, the experts set out to determine whether AM fungi are linked to a specific community of bacteria.

Fungi possess long filament-like structures called hyphae, which they extend into the soil to probe for nutrients. The researchers discovered highly similar bacterial communities on the hyphae of two species of fungi. The composition of these bacteria was distinct from those in the surrounding soil.

“This tells us that, just like the human gut or plant roots, the hyphae of AM fungi have their own unique microbiomes,” said Professor Harrison. “We’re already testing a few interesting predictions as to what these bacteria might do, such as helping with phosphate acquisition.”

“If we’re right, then enriching the soil for some of these bacteria could increase crop yields and, ultimately, reduce the need for conventional fertilizers along with their associated costs and environmental impacts.”

The team found remarkable consistency in the makeup of bacterial communities from two species of AM fungi, Glomus versiforme and Rhizophagus irregularis. According to Professor Harrison, the function of these bacteria is not yet clear, but their composition has already sparked some interesting possibilities.

“We predict that some of these bacteria liberate phosphorus ions in the immediate vicinity of the filaments, giving the fungus the best chance to capture those ions.” “Learning which bacteria have this function could be key to enhancing the fungi’s phosphate acquisition process to benefit plants.”

Professor Harrison believes the AM fungi may secrete molecules that attract the specialized bacteria, and in turn, the bacterial communities may influence which molecules the fungus secretes.

Some of the microbes present on the hyphae were “bacterial predators” that kill and eat other bacteria by causing them to burst and release their contents. The researchers plan to investigate why these particular types of bacteria assemble on the hyphae.

“It’s possible that the actions of predatory bacteria make mineral nutrients available to everyone in the surrounding soil – predators and fungi alike,” said Professor Harrison.

The study is published in The ISME Journal.