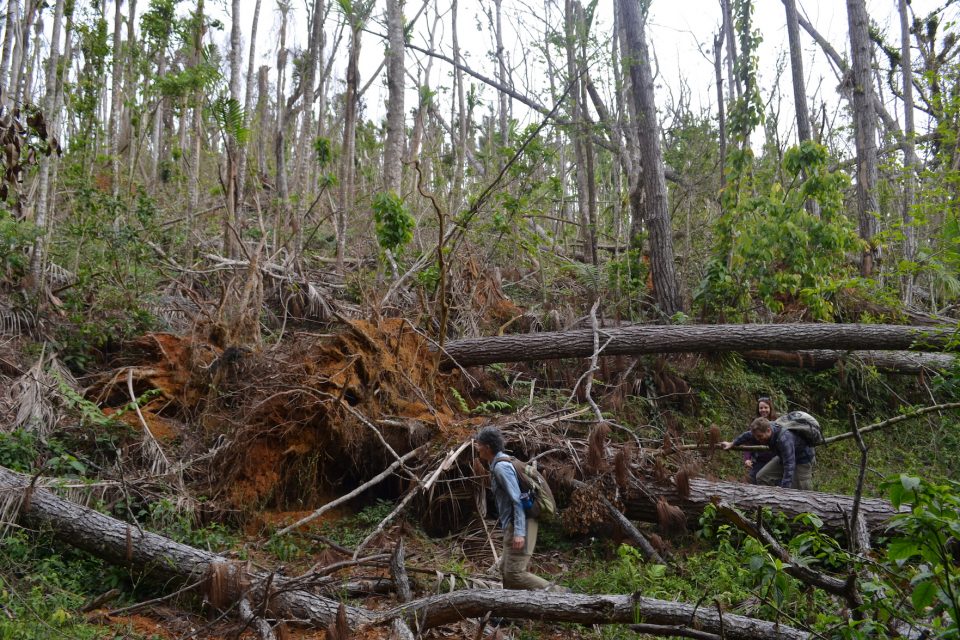 A new study from Columbia University has found that the damage left behind by Hurricane Maria in the forests of Puerto Rico was unprecedented in modern times. The researchers warn that the intense storms associated with climate change could transform tropical forests, releasing more carbon into the atmosphere and limiting the suitable habitats for many unique species.

Hurricane Maria wiped out more trees than any known storm, taking out mostly older trees that were thought to be resistant to storms. According to the study authors, the damage may be a warning of similar events to come.

“These hurricanes are going to kill more trees. They’re going to break more trees. The factors that protected many trees in the past will no longer apply,” said study lead author Maria Uriarte. “Forests will become shorter and smaller, because they won’t have time to regrow, and they will be less diverse.”

Hurricane Maria hit Puerto Rico in October of 2017 as a Category 4 storm with winds up to 155 miles per hour. An estimated 20 million to 40 million trees were either completely wiped out or severely damaged. The trees were stripped of their foliage, snapped in half, or completely blown out of the ground.

The study was focused on a 40-acre section of the El Yunque National Forest that has been closely monitored by multiple teams since 1990. This made it possible to compare damage from Maria with that of Hurricane Hugo and Hurricane Georges, which were both Category 3 storms.

The researchers determined that Maria killed twice as many trees and broke more than three times as many trunks compared to previous storms. The species that suffered the worst from Maria, with breakage rates up to 12 times those of the other hurricanes, were valuable hardwoods that had a history of being the most resilient to major storms. These giant trees offer specialized habitats for many birds and other animals that smaller trees do not provide.

Edmund Tanner is a senior lecturer emeritus at the University of Cambridge who was not involved in the research. He explained that this study is important because “it reports different, rather than just intensified, effects of strong versus weaker hurricanes.” Tanner also explained that the effects are “probably representative of huge areas of tropical lowland forest near sea coasts, some of which are likely to experience similar or worse damage in a warming world.”