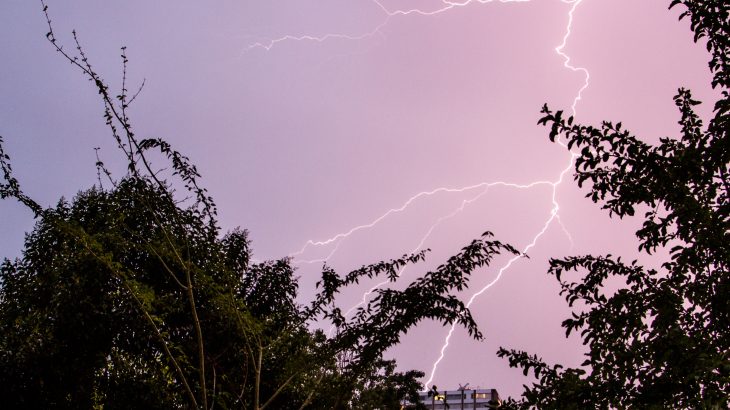 For decades, scientists have known that lightning generates electromagnetic radiation in the form of gamma rays. In the city of Kanazawa in central Japan, Wada and her colleagues installed radiation monitors onto buildings as a network to detect radiation coming from the sky.

“Forever, people have seen lightning and heard thunder. These were the ways we could experience this power of nature,” said Wada. “With the discovery of electromagnetism, scientists learned to see lightning with radio receivers. But now we can observe lightning in gamma rays – ionizing radiation. It’s like having four eyes to study the phenomena.”

During thunderstorms, weak emissions called gamma-ray glows last about a minute, while much more intense terrestrial gamma-ray flashes (TGFs) occur as lightning strikes. Both types of gamma-ray activity occur in regions of thunderclouds that are positioned between layers of varying charge.

“During a winter thunderstorm in Kanazawa, our monitors detected a simultaneous TGF and lightning strike. This is fairly common, but interestingly we also saw a gamma-ray glow in the same area at the same time,” explained Wada. “Furthermore, the glow abruptly disappeared when the lightning struck. We can say conclusively the events are intimately connected and this is the first time this connection has been observed.”

The researchers plan to further investigate and to explore the possibility that gamma-ray glows do not just precede lightning strikes, but may actually cause them.

“Our finding marks a milestone in lightning research and we will soon double our number of radiation sensors from 23 to about 40 or 50. With more sensors, we could greatly improve predictive models,” said Wada. “It’s hard to say right now, but with sufficient sensor data, we may be able to predict lightning strikes within about 10 minutes of them happening and within around 2 kilometers of where they happen. I’m excited to be part of this ongoing research.”

The study is published in the journal Communications Physics.