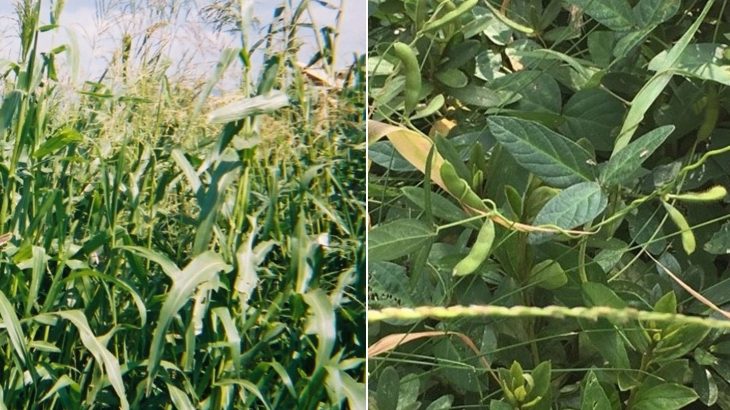 A new study led by researchers at Iowa State University has pinpointed specific genomic features that likely made it feasible for corn and soybeans to be domesticated. The research is shedding new light on how domestication affects the genetics of a species.

Using extensive data on the genomes of corn and soybeans, the researchers compared specific sections of genetic material between wild and domestic varieties. They noted where the species had the largest discrepancies.

“We sliced the genomes into specific sections and compared them,” said Professor Jianming Yu. “It’s a fresh angle not many have looked at concerning genome evolution and domestication. We searched for ‘macro-changes,’ or major genome-wide patterns – and we found them.”

According to Professor Yu, human cultivation created a bottleneck in the genetic material associated with corn and soybeans. As humans selected for certain desirable traits, they limited the genetic variation available in the plant’s genome.

The researchers identified several areas in the genomes where species divergence appeared to be the most prevalent. For example, variation between wild and domesticated species was found to be more pronounced in the areas of the genomes that do not code for proteins.

Greater variation was also more noticeable in pericentromeric regions, or in areas near the centromere of chromosomes, and in areas of high methylation. The process of methylation can change the activity of a DNA segment without changing its sequence.

While analyzing the occurrence of mutations in the genomes, the team discovered important associations between UV radiation from the sun and genome evolution. Professor Yu explained that UV radiation is a natural mutagen, and it leaves a special footprint when it occurs.

“We now think it’s likely that good candidates for domestication, such as corn and soybeans, occupy a middle ground in their willingness to mutate,” said study co-author Professor Xianran Li.

“If there’s no mutation, then everything stays the same and we don’t have evolution, added Professor Yu. “But too many mutations can wipe out a species.”