Making gin from pea starch could have some major environmental benefits • Earth.com 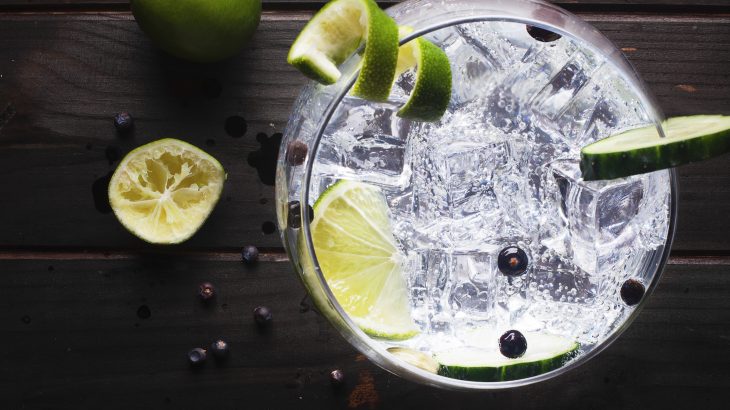 Making gin from pea starch could have some major environmental benefits

A team of researchers from the Bangor University School of Natural Sciences has investigated the potential for fermenting alcohol with starch from peas instead of wheat. The study revealed that producing gin with pea starch could have a substantially positive impact on the environment.

“Allocation of system burdens across gin and animal feed co-products indicated that gin produced from peas had a smaller environmental footprint than gin produced from wheat across 12 of 14 environmental impact categories considered, including 12%, 48% and 68% smaller global warming, acidification and eutrophication burdens, respectively,” wrote the study authors.

Growing wheat requires the use of nitrogen fertilizers, but legumes such as peas can take nitrogen directly from the atmosphere. The widespread use of legumes in alcoholic beverages has the potential to reduce global greenhouse gas emissions by 439 million metric tons.

The environmental impact of gin production could be even further reduced through the use of byproducts as animal feed. This would lower the demand for imported soybeans, which largely contributes to deforestation in Latin America.

“The potential for enhanced soybean meal substitution from use of peas in alcohol production could reduce Europe’s protein deficit whilst potentially avoiding deforestation in Latin America.”

The research team collaborated with Scotland’s Arbikie Distillery, where experimentation has already begun to make gin from pea starch and to collect byproducts for animal feed. According to study co-author David Styles, the gin is expected to taste exactly the same as the more familiar type made with wheat.

The researchers also pointed out that if the new gin production is successful, pea starch may ultimately be used to make other alcoholic beverages such as vodka and beer.

The study is published in the journal Environmental International.