Giving up on life can actually lead to death, new study finds • Earth.com 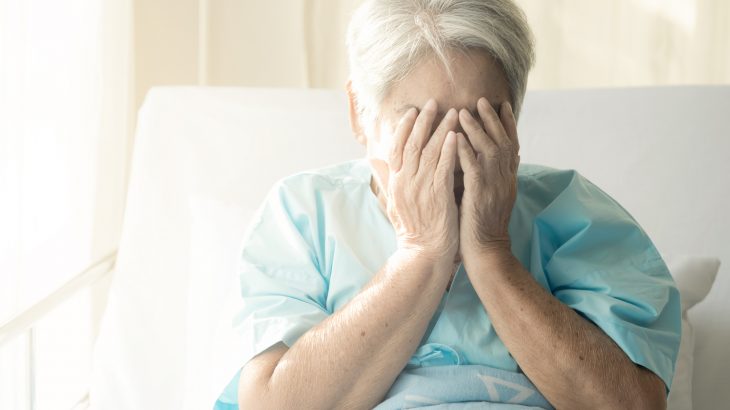 Giving up on life can actually lead to death, new study finds

A new study by Dr. John Leach, a senior research fellow at the University of Portsmouth, has found that people sometimes die from simply giving up. The research is the first to scientifically describe death from “give-up-itis.”

Technically known as psychogenic death, this condition is characterized by emotional trauma that feels inescapable, which makes death feel like the only reasonable outcome.

Dr. Leach explained, “Psychogenic death is real. It isn’t suicide, it isn’t linked to depression, but the act of giving up on life and dying usually within days, is a very real condition often linked to severe trauma.”

Dr. Leach describes the five stages leading to the psychological decline involved in give-up-itis. He suggests that it could be driven by changes in a frontal-subcortical circuit of the brain, the anterior cingulate circuit, which controls how a person maintains motivation and goal-directed behavior.

“Severe trauma might trigger some people’s anterior cingulate circuit to malfunction,” said Dr Leach. “Motivation is essential for coping with life and if that fails, apathy is almost inevitable.”

Even though death from give-up-itis is possible, it is not inevitable and can be reversed by different interventions at various stages. The most common intervention is physical activity, which triggers the release of dopamine. When an individual can find a way to see that a situation is at least partially within their control, this can also trigger a positive chemical response.

“Reversing the give-up-itis slide towards death tends to come when a survivor finds or recovers a sense of choice, of having some control, and tends to be accompanied by that person licking their wounds and taking a renewed interest in life,” said Dr. Leach.

The first stage of give-up-itis is social withdrawal, which usually happens after a psychological trauma. In this stage, individuals show a marked withdrawal, lack of emotion, indifference, and become self-absorbed.

The second stage is apathy, an emotional or symbolic “death” that has been seen in prisoners of war and in survivors of shipwreck and airplane crashes. It has been described as someone no longer striving for self-preservation. People in this stage are often dishevelled, their instinct for cleanliness is gone, and the smallest of tasks feels overwhelming.

Aboulia is the third stage, which involves a profound lack of motivation combined with a dampened emotional response, a lack of initiative, and an inability to make decisions.

During this stage of give-up-itis, people often give up bathing or eating. However, they may still be influenced or motivated by others through persuasive nurturing, reasoning, or antagonism.

“An interesting thing about aboulia is there appears to be an empty mind or a consciousness devoid of content,” said Dr. Leach. “People at this stage who have recovered describe it as having a mind like mush, or of having no thought whatsoever. In aboulia, the mind is on standby and a person has lost the drive for goal directed behaviour.”

Psychic akinesia, the fourth stage, is characterized by a further drop in motivation. The person is conscious but in a state of profound apathy, unaware of or no longer sensitive to extreme pain.

Dr Leach describes the final stage, psychogenic death, as the disintegration of a person. “It’s when someone then gives up. They might be lying in their own excreta and nothing – no warning, no beating, no pleading can make them want to live.”

The progress from stage four to stage five generally takes three to four days. Shortly before death, there’s often a flicker of life, like when someone suddenly enjoys a cigarette.

“It appears briefly as if the ’empty mind’ stage has passed and has been replaced by what could be described as goal-directed behavior,” said Dr. Leach. “But the paradox is that while a flicker of goal-directed behavior often takes place, the goal itself appears to have become relinquishing life.”

The study is published in the journal Medical Hypotheses.