Global warming is bringing major changes to the Arctic • Earth.com 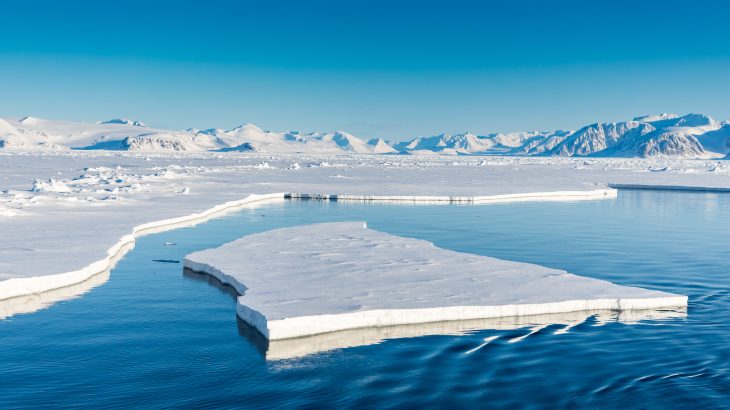 The Arctic is in a rapid state of transformation, according to a new study led by the Woods Hole Oceanographic Institution (WHOI).  The experts are describing how an influx of carbon and other trace elements may boost marine productivity in the Arctic. At the same time, the loss of sea ice cover will exacerbate ocean warming as more heat is absorbed from the atmosphere.

Organic matter that is derived from permafrost and riverside runoff is moving into the central waters of the Arctic. This is facilitated by a major surface current known as the Transpolar Drift Stream, which pushes water from Siberia to the North Pole to the North Atlantic.

In 2015, scientists from the International GEOTRACES program discovered that significantly higher concentrations of trace elements were present in surface waters near the North Pole compared to adjacent areas.

“Many important trace elements that enter the ocean from rivers and shelf sediments are quickly removed from the water column,” explained study lead author Matthew Charette. “But in the Arctic they are bound with abundant organic matter from rivers, which allows the mixture to be transported into the central Arctic, over 1,000 kilometers from their source.”

Marine organisms require iron, copper, manganese, and other trace elements for growth. As the Arctic becomes ice-free for prolonged time periods, marine algae have an opportunity to become more productive. This productivity will be further boosted by trace elements that are pouring in around the North Pole.

Phytoplankton are microscopic algae that form the base of the marine food web. An increase in phytoplankton will lead to more small fish and crustaceans, which support top ocean predators like whales.

“It’s difficult to say exactly what changes this might bring, but we do know that the structure of marine ecosystems is set by nutrient availability,” said Charette.

The Arctic is warming at a much faster rate than experts anticipated. While micronutrients may successfully boost productivity, the scientists emphasize that the continued loss of sea ice will promote climate warming, and ecological communities will be affected on a larger scale.

“The Arctic plays an important role in regulating Earth’s climate, with the ice cover reflecting sunlight back to space, helping to mitigate rising global temperatures due to greenhouse gas emissions,” explained Charette. “Once the ice is gone, the Arctic Ocean will absorb more heat from the atmosphere, which will only make our climate predicament worse.”