Global warming may trigger megadroughts not seen since the 15th Century • Earth.com 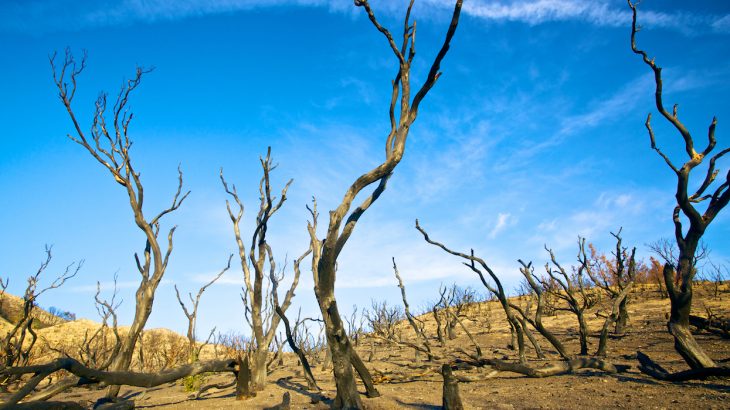 Global warming may trigger megadroughts not seen since the 15th Century

Beginning in the 9th century, the American Southwest was hit with dozens of decade-long megadroughts that suddenly ended around the year 1600. Scientists are working to understand what caused these prolonged droughts to better predict when and where they may happen in the future.

A new study from Columbia University has produced a comprehensive theory of how megadroughts emerged during the medieval period, and the research indicates that climate change could trigger their return.

The theory proposes that megadroughts were driven by a combination of ocean conditions and high radiative forcing, which is when more solar heat is absorbed by the Earth compared to what is reflected back into space.

Previous studies were focused on individual factors that contributed to megadroughts. For the current investigation, scientists at Columbia’s Lamont-Doherty Earth Observatory analyzed how a network of global climate factors worked together to produce the extreme events.

The team reconstructed aquatic climate data and sea-surface temperatures from the last 2,000 years, pinpointing three key contributors to megadroughts. The experts determined that warm conditions in the Atlantic Ocean, cooler La Niña conditions in the surface waters of the tropical Pacific, and radiative forcing all converged to create the perfect conditions for persistent drought.

Most significantly, frequent La Niña events and elevated sea surface temperatures in the Atlantic were responsible for less precipitation across the southwest. The additional heat from intense radiative forcing made matters worse.

Despite their success in identifying the causes of megadroughts, the researchers explained that these events will remain challenging to predict. This is primarily due to the difficulty of forecasting future El Niño and La Niña activity.

Regardless, the persistent global warming associated with human activities will steadily increase the likelihood of megadroughts.

“Because you increase the baseline aridity, in the future when you have a big La Niña, or several of them in a row, it could lead to megadroughts in the American West,”  explained study lead author Nathan Steiger.