Gray whales may be starving to death during their annual migration • Earth.com 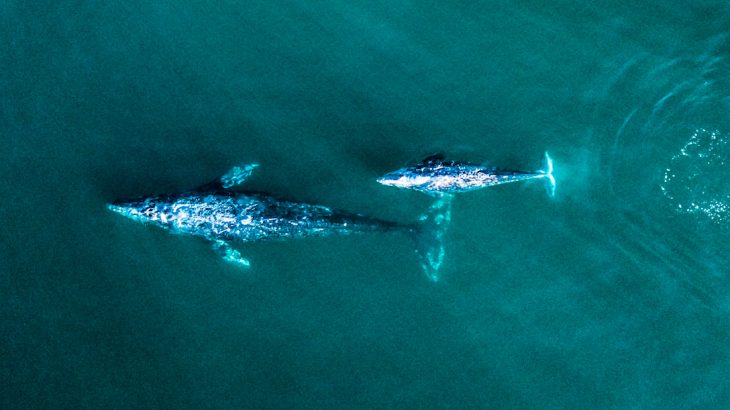 Gray whales may be starving to death during their annual migration

Gray whales have been turning up dead in alarming numbers along the western coast of the United States from California up to Washington. Scientists believe they are starving to death as they make their annual journey from Mexico to Alaska, but the conditions driving the lack of food remain unknown.

So far this season, 61 dead gray whales have washed up along the shoreline. According to the experts, most of the animals showed signs of malnutrition, and autopsies revealed that some had starved to death.

“Clearly something is going on with the forage, as these animals’ tanks of gas are either empty or very low,” said Justin Viezbicke of the National Oceanic Atmospheric Administration (NOAA).

This is not the first time that there was an unusual number of gray whales found stranded on the west coast. In 1999 and 2000, the bodies of more than 600 whales were recovered. Experts at NOAA considered many possible causes including starvation, chemical contaminants, biotoxins, infectious diseases, parasites, fisheries interactions, and ship strikes.

“While the emaciated condition of many of the stranded whales supports the idea that starvation could be a significant contributing factor in these mortalities, the underlying cause of starvation during this event is unknown,” stated NOAA.

This year, the actual number of whales affected is likely much higher than what is realized because only about 10 percent of the bodies make it to the shore.

The gray whales are in the middle of their migratory season, during which they travel thousands of miles to the nutrient-rich waters of the North Pacific and the Arctic where they feed in the summer months.

Scientists are investigating whether there is simply not enough food available for the whales and if this mortality event may be tied to climate change. The Arctic is extremely susceptible to climate change, and the changing conditions may be impacting the food chain.

“Climbing temperatures have begun melting ice that used to be impassable,” states the Scripps Institution of Oceanography. “In the Arctic, this increases competition for food as more fish migrate through areas where gray whales historically feed upon crustaceans, plankton, and mollusks that they dredge from the ocean floor.”