Study reveals major changes in the Great Barrier Reef over the past century • Earth.com 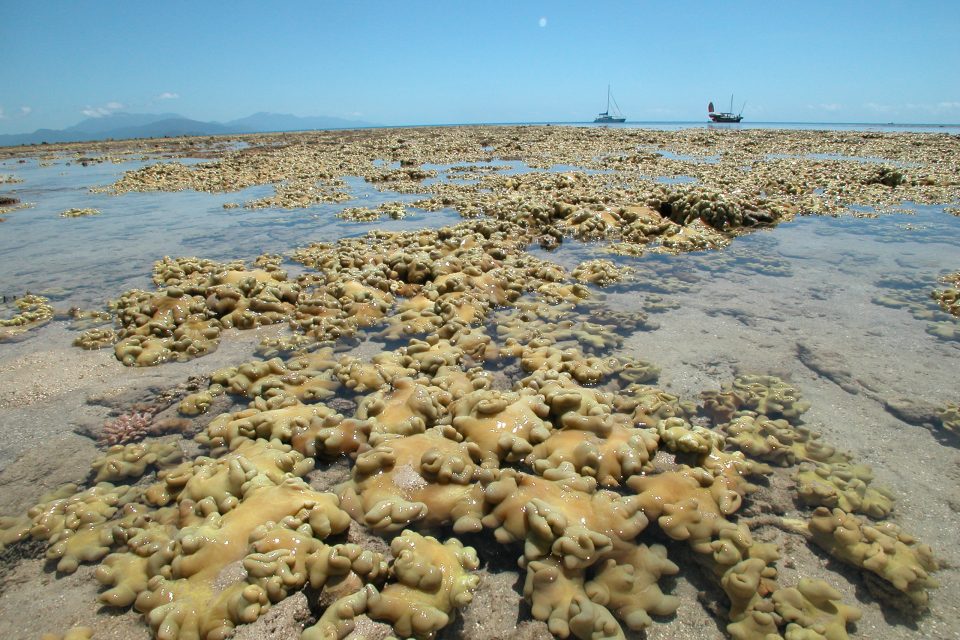 The experts found that intertidal communities have experienced decades of major shifts due to environmental changes, and there is not much indication that they will be returning to their original state any time soon.

“This is a unique opportunity to look at long-term changes on an inshore reef system,” said study co-author Professor Hoegh-Guldberg. “Most studies are only a few decades in length – this one is just short of 100 years of study.”

In 1928, the Great Barrier Reef Committee and the Royal Society of London sent experts in coral biology and reef studies to study the GBR for over a year. The scientists documented environmental conditions surrounding the reefs of the Low Isles, and used diving helmets for the first time to examine the structure of coral communities.

“What was critical to our study was how carefully the expedition in 1928 undertook their study,” said lead author Professor Maoz Fine. “We were literally able to go the exact spot and identify features that the 1928 expedition saw.”

The early expedition also produced aerial photography-based mapping of the island, which enabled the Bar-Ilan team to revisit and sample the exact intertidal and subtidal locations that were previously explored.

The recent investigation was conducted in three phases in 2004, 2015 and 2019. The surveys collectively showed that the species richness and diversity of these communities had systematically declined for corals and other invertebrates. In particular, massive corals have replaced branching corals and soft corals have become much more abundant.

“The degree to which reefs may shift from one state to another following environment change was overwhelming,” said Professor Fine. “The long-term implications of these changes highlight the importance of avoiding phase shifts in coral reefs which may take many decades to repair, if at all.”

What brain circuitry drives social learning in birds?
News coming your way
The biggest news about our planet delivered to you each day