Gulf of Mexico dead zone expected to grow to the size of New Hampshire • Earth.com 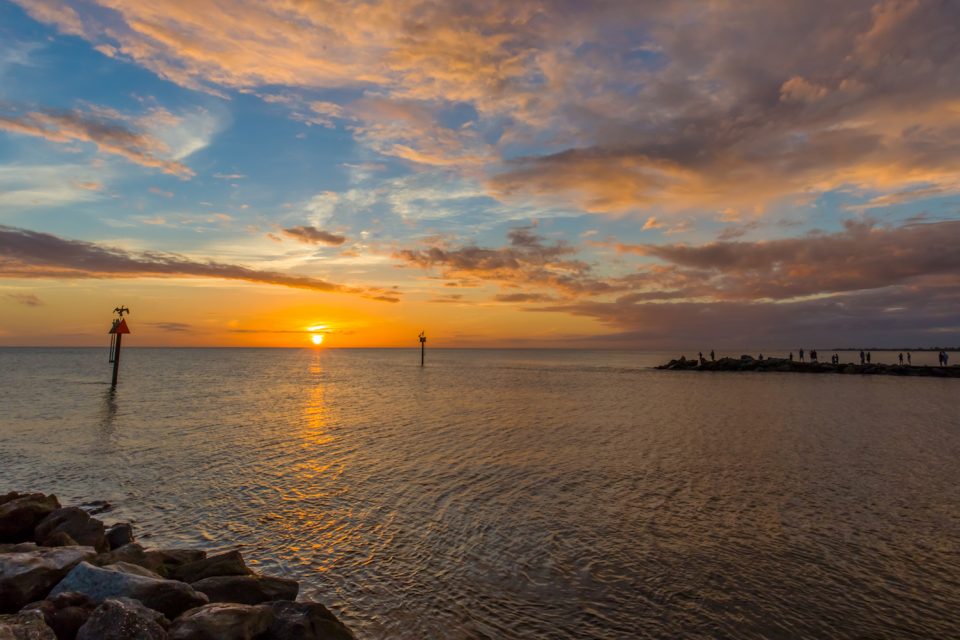 A recent investigation has revealed that the dead zone in the northern Gulf of Mexico may grow to be the second largest hypoxic area on record by the end of next month. Louisiana State University scientists Eugene Turner and Nancy Rabalais, who estimate the size of the dead zone each year, have projected that it will cover 8,717 square miles by late July.

The dead zone is located on the bottom of the continental shelf off the coast of Louisiana and Texas. Excess nutrients which enter the Gulf stimulate an overgrowth of algae, and unusually high runoff in the month of May influences the size of the dead zone.

An abundance of algal biomass is primarily produced by large amounts of nitrogen and phosphorus loading from the Mississippi River watershed. As this plant material decomposes in the bottom waters, the dead zone forms with oxygen concentrations of less than two parts per million.

The low oxygen conditions impact the most productive waters of the Gulf, threatening living resources such as fish, shrimp, and crabs. The oxygen loss began to appear 50 years ago as agricultural practices intensified across the Midwest. In the decades that followed, the level of nitrate loading from the Mississippi River to the Gulf of Mexico has not been reduced.

According to the study, the projected size of the hypoxic zone is around the size of New Hampshire and about 4.5 times the size of the Hypoxia Action Plan goal. While fertilizer runoff makes the largest human-related contribution to dead zones, these areas can also form from natural changes in wind and water circulation patterns.

The full report from the LSU team is available here.