Guppies give rivals a warning by turning their eyes black • Earth.com 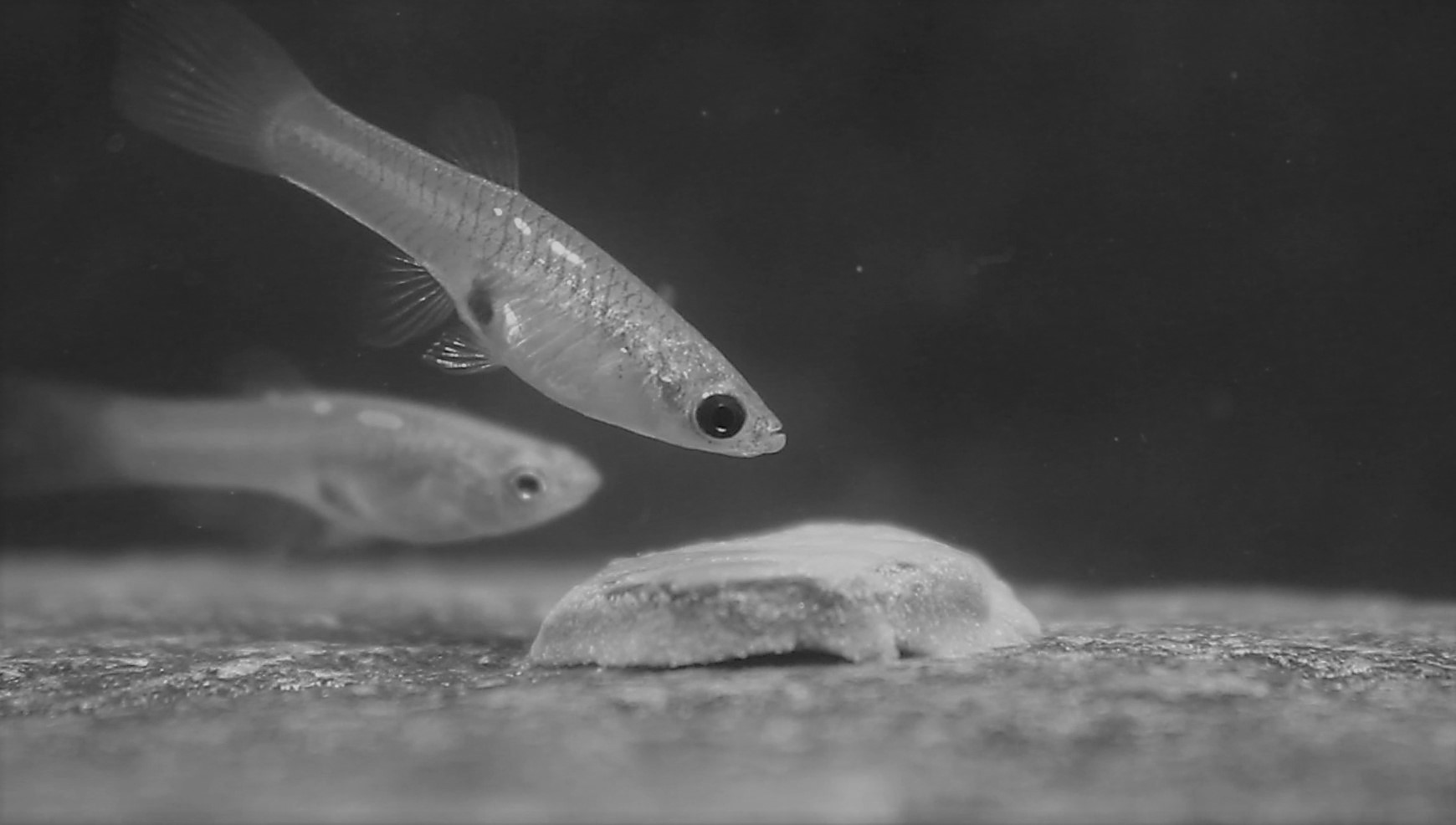 Guppies give rivals a warning by turning their eyes black

A study led by the University of Exeter has revealed that Trinidadian guppies change their eye color to give other fish a warning that they are feeling aggressive. Just before launching an attack, the guppies quickly turn their irises from silver to black.

In addition, larger guppies were found to use this tactic when advancing toward smaller guppies, but not the other way around.

For their investigation, the researchers created robotic guppies to examine what would happen if the smaller fish used the same aggressive gesture. The experts found that this caused larger guppies to surround the small robots in an effort to steal their prey.

“Trinidadian guppies can change their iris color within a few seconds, and our research shows they do this to honestly communicate their aggressive motivation to other guppies,” explained study lead author Dr. Robert Heathcote.

“Experimentally showing that animals use their eye coloration to communicate with each other can be very difficult, so we made realistic-looking robotic fish with differing eye colors and observed the reaction of real fish.”

“Eyes are one of the most easily recognized structures in the natural world and many species go to great lengths to conceal and camouflage their eyes to avoid unwanted attention from predators or rivals,” said study co-author Professor Darren Croft.

“However, some species have noticeable or prominent eyes and, for the most part, it has remained a mystery as to why this would be. This research gives a new insight into the reasons behind why some animals have such ‘conspicuous’ eyes.”

Study co-author Professor Indar Ramnarine is a researcher at the University of the West Indies. Professor Ramnarine was amazed that the guppies have evolved a way to change their eye color to warn others of their aggression.

According to co-author Dr. Jolyon Troscianko, the team used “carefully calibrated photography and printing techniques to create robotic models, and guppies responded to them as though they were real fish.”

The study demonstrated that food defended by the black-eyed robots attracted disproportionate competition from large guppies, particularly those with black eyes.

“It is well known that in humans the white sclera of the eye is used to signal gaze direction – it provides others with information on what we are looking at,” said co-author Dr. Safi Darden.

“Our work shows that just like humans these little fish pay attention to the eyes of their group members and that the eyes provide important information to other rival fish.”