Half a trillion corals counted in the Pacific Ocean • Earth.com 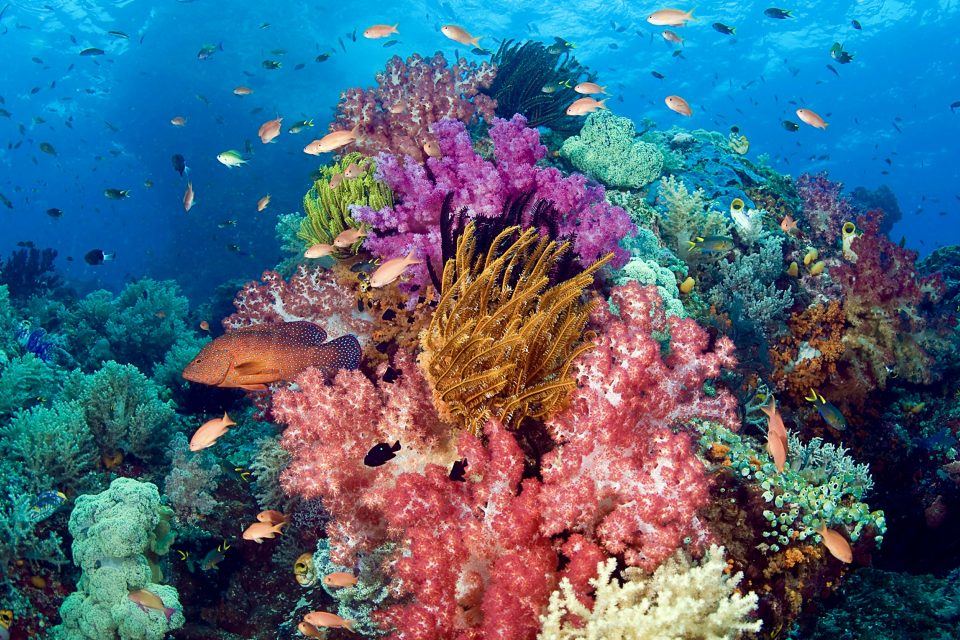 Half a trillion corals counted in the Pacific Ocean

Half a trillion corals counted in the Pacific Ocean. Scientists at the ARC Centre of Excellence for Coral Reef Studies have conducted the first investigation into how many corals there are in the Pacific Ocean, as well as their risk of extinction. Prior to this study, the global number of individual coral colonies was a mystery.

“In the Pacific, we estimate there are roughly half a trillion corals,” said study lead author Dr. Andy Dietzel. “This is about the same number of trees in the Amazon, or birds in the world.”

The findings are critically important for the conservation of coral reefs, which are severely threatened by climate change.Half a trillion corals counted in the Pacific Ocean

“We need to know the abundance of a species to assess its risk of extinction,” explained Dr. Dietzel. “However, there is very little data on most of Earth’s wild animal and plant species – not just corals.”

Dr Dietzel said that each of the eight most common coral species in the region have a population size greater than the 7.8 billion people on Earth.

While local losses can be devastating to coral reefs, the results of the new study suggest that the global extinction risk of most species is lower than what was previously thought.

With broad geographic ranges and huge population sizes, the extinctions of many types of corals will unfold over a much longer timeframe than expected.

The analysis shows that 12 of the 80 species considered by the IUCN to have an elevated extinction risk have estimated population sizes of more than one billion colonies, noted Professor Sean Connolly.

“As an example, the finger-coral, Porites nigrescens, ranks amongst the ten most abundant species we examined. It’s also not considered to be highly susceptible to coral bleaching – yet it is currently listed by IUCN as vulnerable to global extinction,” said Professor Connolly.

On the other hand, Professor Michael Bode pointed out that one third of the species examined that had the lowest population numbers are listed by the IUCN as being of Least Concern.

According to Professor Terry Hughes, the study results have major implications for managing and restoring coral reefs.

“We counted an average of 30 corals per square metre of reef habitat. This translates into tens of billions of corals on the Great Barrier Reef–even after recent losses from climate extremes,” said Professor Hughes.

“Coral restoration is not the solution to climate change. You would have to grow about 250 million adult corals to increase coral cover on the Great Barrier Reef by just one percent.”

Professor Hughes said the study highlights the opportunity for action to mitigate the threats to reef species – and well before climate change causes global extinctions – to make an eventual recovery of reef coral assemblages possible.

“The challenge now is to protect wild populations of corals, because we could never replace more than a tiny percentage of them. Prevention is better than cure.”

“Given the huge size of these coral populations, it is very unlikely that they face imminent extinction. There is still time to protect them from anthropogenic heating, but only if we act quickly on reducing greenhouse gas emissions.”