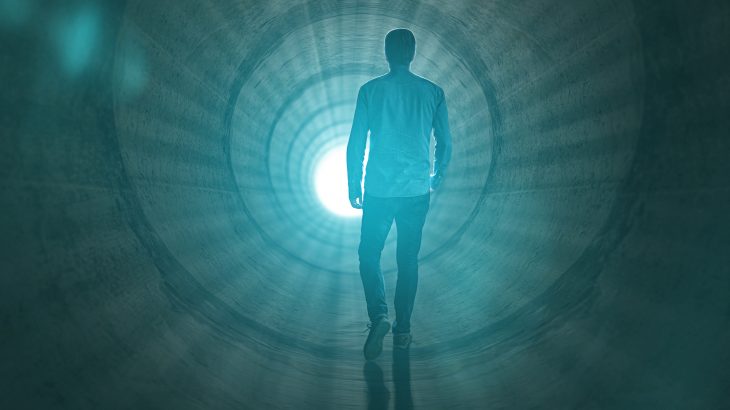 In the first study of its kind, researchers at Imperial College London have simulated the effects of a near-death experience using the powerful hallucinogenic drug dimethyltryptamine (DMT), which is believed to closely mimic feelings of dying.

“Near-death experiences (NDEs) are complex subjective experiences, which have been previously associated with the psychedelic experience and more specifically with the experience induced by the potent serotonergic, N,N-Dimethyltryptamine (DMT),” wrote the study authors.

“Potential similarities between both subjective states have been noted previously, including the subjective feeling of transcending one’s body and entering an alternative realm, perceiving and communicating with sentient ‘entities’ and themes related to death and dying.”

To investigate these similarities, the team administered DMT to 13 healthy volunteers. The effects of the DMT were rated on the Near-Death Experience scale, which was created to measure the depth and intensity of an individual’s NDE.

“When these DMT data were compared with those from a matched sample of ‘actual’ NDEs, a comparable profile was evident, with few discernable differences between the experiences of the actual NDE cases and those induced by DMT,” wrote the researchers.

“Taken together, these results reveal a striking similarity between the phenomenology of NDEs and experiences induced by the classic serotonergic psychedelic, DMT.”

Study lead author Dr. Christopher Timmermann explained that the research is part of a larger project by the psychedelic research group at Imperial that is focused on finding new compounds to treat mental illness.

Dr. Timmerman told Newsweek that this type of trial may provide “a fuller picture of the limits of consciousness and how these experiences correspond to brain activity.”

It is still unclear why DMT generates the same sensations and feelings as a near- death experience.

“There have been hypotheses stating that because we are able to synthesize DMT naturally in our bodies, then in extreme situations (as in near-death experiences) there will be a massive release of DMT in the brain that may cause NDEs,” explained Dr. Timmerman.