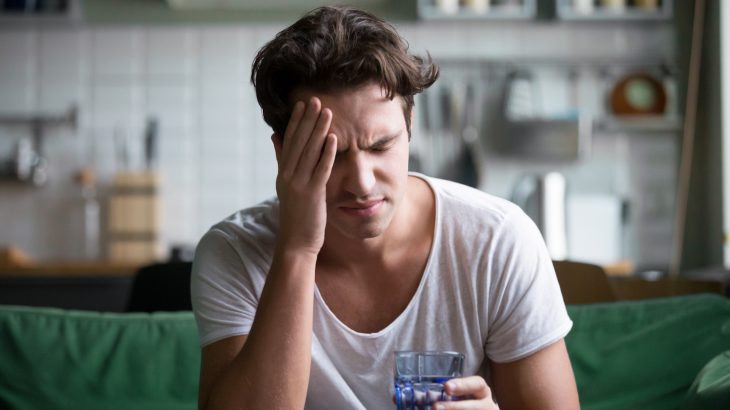 The mental and physical impacts of drinking alcohol are well understood. Drinking too much can impair judgment, slow reaction time, cause liver damage and even increase the risk of early death.

However, less understood are the effects of hangovers caused by a night of overindulging.

A new study conducted by researchers from the Swinburne University of Technology found that hangovers impair cognition and make it more challenging to do routine tasks like driving or performing well on a test.

The researchers focused specifically on alcohol hangovers rather than acute intoxication to get a better understanding of how a hangover impacts cognition.

A hangover is the result of blood alcohol levels returning to zero. People suffering from hangovers commonly report having headaches, being sensitive to light and sound, feeling sick, and having problems focusing.

To study hangovers, over 100 participants from Brisbane, Australia completed an online survey and cognition test after a night of drinking.

The researchers recorded breath alcohol concentrations with a breathalyzer at the end of the night, and the participants were able to complete the test in their own homes.

Rather than relying on self-reported data on how much participants drank, the breathalyzer data showed exact breath alcohol concentrations (BAC).

Using an internet approach was also a strategic move because it eliminated the risk of having participants miss an in-person interview due to being too hungover.

The higher a participant’s BAC was, the worse their performance on the survey and cognition test, proving a direct link between alcohol hangovers and impaired brain activity.

“Not surprisingly, the more alcohol that is consumed, the worse the hangover and impairment to the brain,” said Dr. Sarah Benson, an author of the study.

The researchers also found that hangovers correlated with impaired memory and inability to conduct day-to-day tasks like driving.

The study, published in the Journal of Clinical Medicine, shows the importance of studying both acute intoxicating and lingering after-effects of overconsumption.

“It is important to learn more about the causes and consequences of hangover because not only are hangovers very commonly experienced, but they also have potentially huge negative effects on day-to-day activities,” said Dr. Benson. “For example, our study proves that hangovers reduce ability to engage in complex behaviours, and thus ability to drive, work, study or conduct other activities are impaired by hangover.”