Harpy eagles may disappear as the Amazon forest is cleared • Earth.com 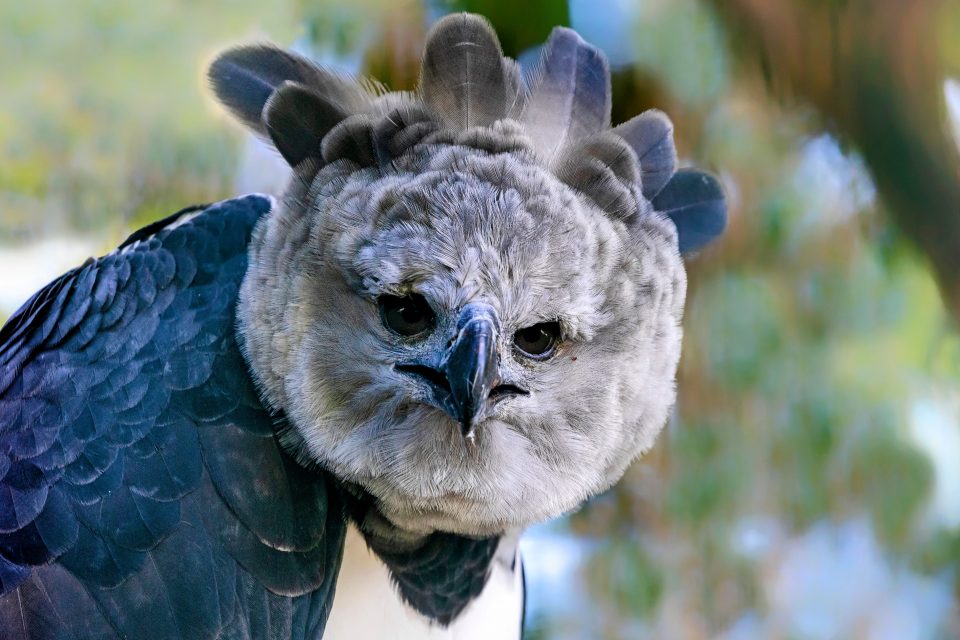 Harpy eagles may disappear as the Amazon forest is cleared

Harpy eagles are struggling to feed their young in heavily deforested areas of the Amazon, according to a new study published in Scientific Reports. In areas with high levels of deforestation, the forest canopy vertebrates that the eagles prey upon, including sloths and monkeys, have become very limited in availability.

Study lead author Everton Miranda is a researcher in the Centre for Functional Biodiversity (CFB) at the University of KwaZulu-Natal.

“Apex predators are threatened globally, and their local extinctions are often driven by failures in sustaining prey acquisition under contexts of severe prey scarcity,” explained the researchers.

“The harpy eagle Harpia harpyja is Earth’s largest eagle and the apex aerial predator of Amazonian forests, but no previous study has examined the impact of forest loss on their feeding ecology.”

The experts noted that apex predators are particularly sensitive to changes in food availability because of their high metabolic requirements. “They depend on stable and secure prey populations to fuel their relatively high daily survival and breeding requirements.”

Currently, more than 90 percent of the harpy eagle’s range is in the Amazon. Since the 19th century, their global distribution has dropped by 41 percent, driven primarily by rapid habitat loss.

The researchers set out to understand the impacts of forest loss on harpy eagle feeding ecology. The study was focused on 16 harpy eagle nests in Amazon forests across Mato Grosso, Brazil.

Using cameras, the team observed prey species and how often they were delivered to the nest. The experts also analyzed prey bone fragments to estimate the weight of the prey.

The study revealed that harpy eagles in deforested areas did not switch to alternative prey, and delivered canopy-based prey less frequently and with smaller estimated weight.

Across landscapes with 50 to 70 percent deforestation, three eaglets died from starvation. Furthermore, no nests were found in areas with deforestation levels over 70 percent.

According to the research, areas with over 50 percent deforestation are unsuitable for harpy eagles to successfully raise offspring.

The experts estimate that around 35 percent of northern Mato Grosso is unsuitable for breeding harpy eagles. They believe this is what has caused a major decline in numbers of breeding pairs by 3,256 since 1985.