The secret weapon that helps hawks be such great hunters • Earth.com 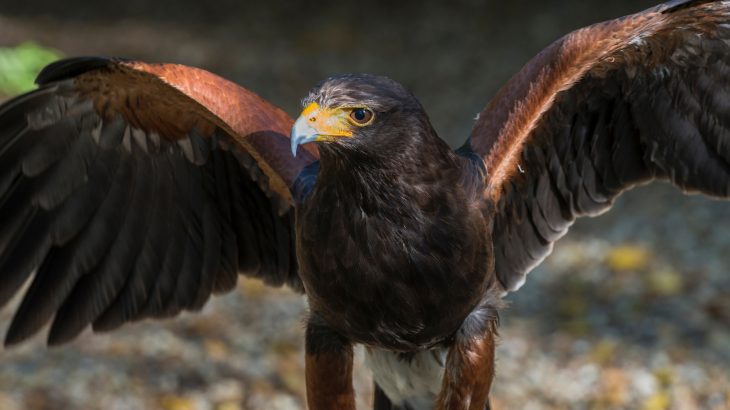 The secret weapon that helps hawks be such great hunters

A new study from biologists at Lund University in Sweden is reporting that Harris’s hawks have the best color vision of any animal that has ever been tested. At times, the hawk’s color vision is even superior to that of humans, according to the research.

“It’s fascinating,” said study co-author Almut Kelber. “I did not think that color vision would be of such significance, rather that birds of prey simply have better visual acuity than humans and that was the reason they detect objects so early and at a great distance. However, color is of considerable importance.”

Birds have a poor ability to distinguish between different objects based on their contrast. The researchers have demonstrated that if there is little difference between the color of an object and its background, it is much more difficult for a bird of prey to detect it. On the other hand, if there is a difference in the color of the object and the background, the Harris’s hawk can spot the object at least two times farther away than a person can.

“It’s exciting! The hawk weighs less than one kilo and has small eyes. Nonetheless, it can see many times better than us, even though it is so small and light,” said study co-author Simon Potier.

The research was focused on tame Harris’s hawks in France. The hawks had the option of two perches within a bird enclosure. A uniform color was projected onto a large screen behind one of the perches, and a multicolored grid pattern was displayed behind the other perch. If the hawk chose the screen with a uniform color it received a reward.

After the hawks became accustomed to the system and understood what to do to obtain a reward, the researchers gradually changed the contrast of the grid pattern until there was no longer a difference between the two screen images.

“The more fine-meshed patterns an animal can see, the sharper their visual acuity,” said Potier. “Once we understand how birds of prey perceive their world, we can help to improve efforts to conserve and protect them.”