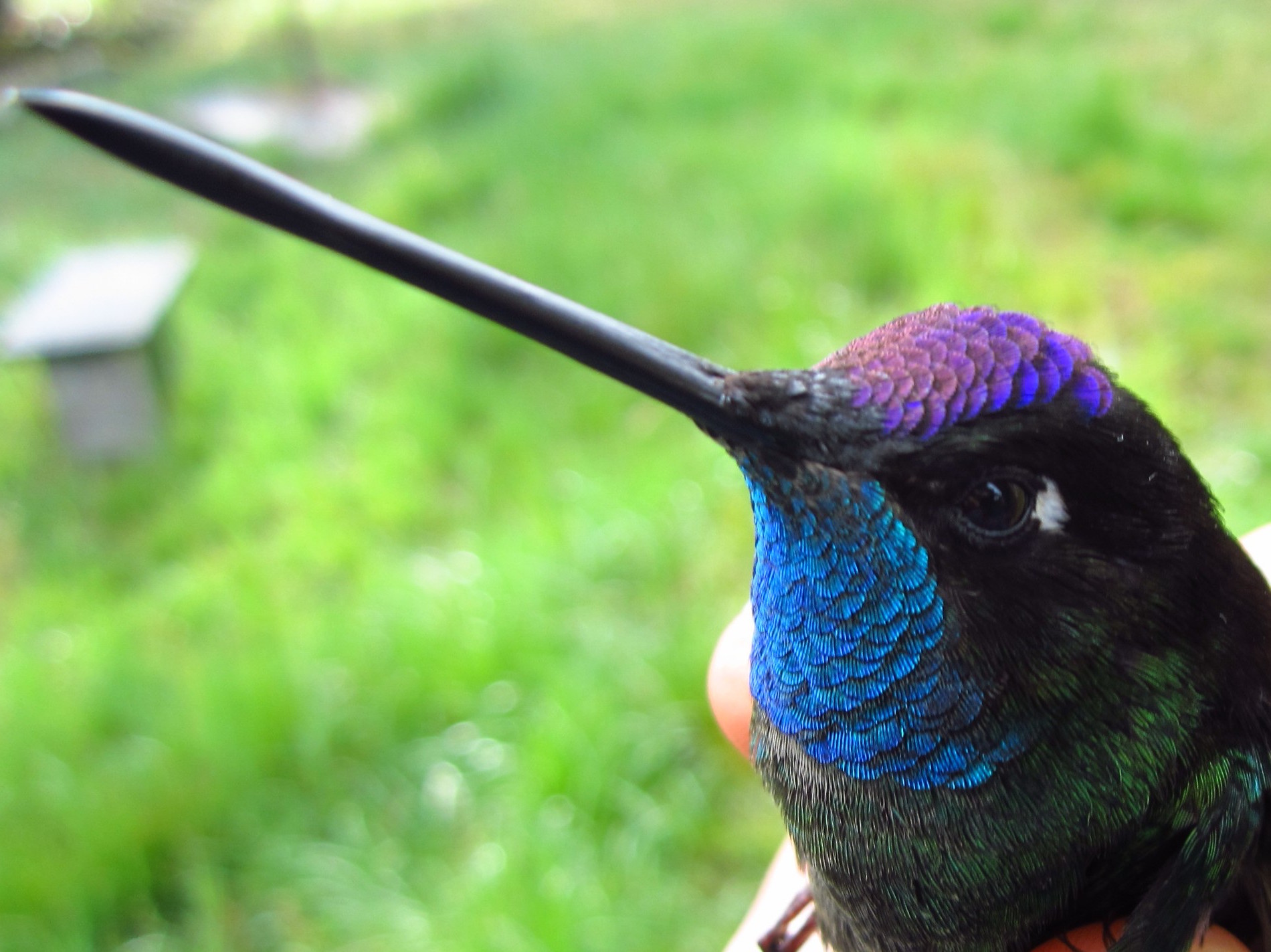 A team of biologists at the University of British Columbia has found that greater-sized hummingbirds are more proficient than smaller hummingbirds despite their extra weight.

“Studies of bats, birds and other animals show that increases in body mass can have a detrimental effect on many aspects of flight,” said co-lead author Roslyn Dakin.

“But with hummingbirds, the correlated evolution of increased wing size and muscle mass helps larger species compensate for their greater body masses.”

The experts used a complex recording system and a new experimental approach called geometrical framework to examine the connection between the maneuvering skills and physiology of hummingbirds.

The study revealed that the muscle capacity of a bird is the primary force behind acceleration, while movements involving rotation are mainly driven by wing size. Skill was found to play a role in maneuverability as well.

“For example, species that have the ability to power through turns tend to use more arcing trajectories, and they shy away from performing turns in which they decelerate to turn on a dime.”

The study was focused on over 200 hummingbirds that represented 25 Central and South American species. Computer vision technology enabled the researchers to capture inflight maneuvers with great accuracy.

“We recorded over 330,000 maneuvers, including many repeated maneuvers for each bird,” said co-lead author Paolo Segre.

“Capturing that much data was a challenge. Our first field site was at a biological reserve deep in the Peruvian Amazon, an area with many species of hummingbirds, but only accessible by boat. We ran our computers and cameras using solar panels and generators in a thatched hut with strategically placed rain buckets!”

Body mass and wing shape differ greatly among hummingbirds, and some species have even adapted to fly in higher elevations where the air density is low. Dakin explained that these particular birds provide a great opportunity for researchers to analyze the association between physiological traits and agility in flight.

“There are a lot of questions we can look into now. How do these differences impact their ability to survive and find mates? If maneuverability is an advantage to some species, how do others get by with less agility? What is it about their lifestyle that differs?”