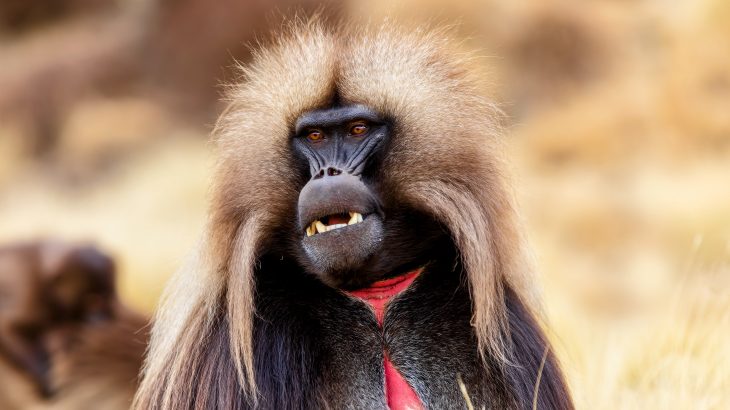 Male baboons age faster as they climb the social ladder

Male baboons who achieve a high social rank do not live as long as males with lower social status, according to a new study from Duke University. The experts found epigenetic marks associated with a struggle for dominance that speed up aging.

“Environmental stressors can make the clock tick faster, so that some individuals appear biologically older than their actual age and experience a higher risk of age-related disease,” explained study co-first author Jordan Anderson.

“We sought to answer what social or early life experiences contribute to accelerated aging in baboons.”

Methylation marks are found throughout the entire genome. The team measured about 400,000 of these sites and then narrowed that number down to about 500 sites which best predicted age.

Surprisingly, adversity in early life did not affect the rate of aging among male baboons. The strongest relevant factor was found to be social status.

“Male baboons who compete successfully for high social status appear to age faster,” said study senior author Professor Jenny Tung. “We repeatedly sampled some of these males and were able to show that the clock can speed up or slow down as males move up or down the social ladder.”

Higher body mass index, which is associated with having more lean muscle mass in baboons, was also associated with accelerated aging. This is likely because of the physical demands that come along with maintaining high social status.

The researchers found that aging speeds up as the animals climb the social ladder. By contrast, if a male drops in social status, there is a corresponding drop in his rate of aging.

The study authors explained that the reason the baboons work so hard to achieve a high-stress social status is for the sake of having offspring.

“If male baboons are going to have babies, they need to achieve high rank,” said Professor Tung. “They will have very little chance to leave offspring if they don’t achieve high rank, which creates a powerful evolutionary motivation.”

“While the findings reveal how social pressures can influence aging for males, we don’t see the same effect of rank in female baboons, who are born into their social rank rather than having to fight for it.”

“Our results have important implications for research on the social determinants of health in humans and other animals because they show that ‘high status’ can mean very different things in different contexts. They also highlight the importance of examining the effects of both early life and current life environments on biological aging.”