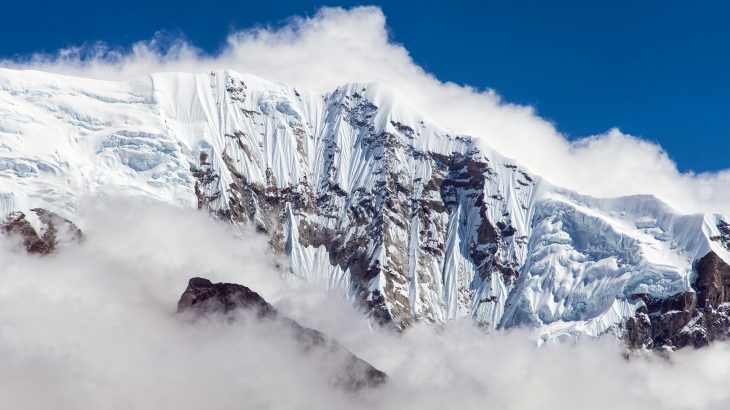 In the first survey of Himalayan rock glaciers, experts have discovered that they are more resilient climate change than what was expected. According to the study, rock glaciers will melt more slowly as temperatures rise due to the enhanced insulation provided by surface rock debris.

The team identified approximately 25,000 rock glaciers that cover an estimated 3,747 square kilometers across the Himalayas. Despite their prevalence, these glaciers have generally been overlooked in studies about the future of Himalayan ice.

The study, led by Dr. Darren Jones at the University of Exeter, reveals that the Himalayan rock glacier to ice glacier water storage ratio is 1:25. The proportion of water held in rock glaciers will rise as ice glaciers continue to melt, and some transition to become rock glaciers.

“Over the past century, these glaciers have lost about 25% of their mass due to climate change, and they are predicted to lose more in the future.”

“However, glacier models have treated glaciers as uniform lumps of ice – and our study shows not all glaciers will melt at the same rate. Many are covered in rock and are in various stages of the transition to rock glaciers.”

According to Professor Harrison, these slow-moving glaciers are well insulated, and as a result they are more resilient to global warming than other glaciers.

The estimated 25,000 rock glaciers in the region contain a total of about 51 cubic kilometers of ice, which is equivalent to up to 62 trillion liters of water.

“Although we find that rock glaciers are more resilient to warming, it remains clear that all Himalayan glaciers are in long-term decline, with enormous implications for the people who rely on them for water supplies,” said study lead author Dr. Darren Jones.