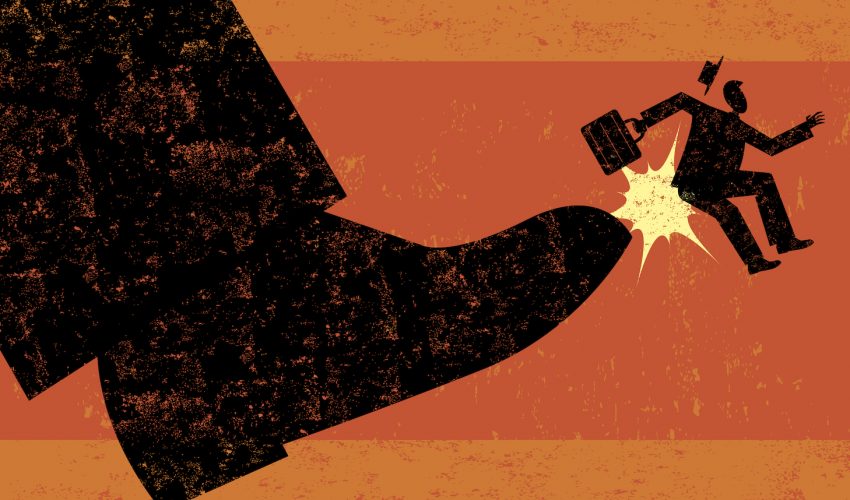 Research from the University of Notre Dame has revealed that hitting rock bottom can be a good thing, particularly after losing a job. The experts found that bottoming out can be a catalyst for personal transformation, and may lead to a new work identity.

“On the way down, we frantically do all sorts of things to try and repair the situation, and suffer as they fail,” said lead author Dean Shepherd.

“Bottoming out frees us from the misconception that the problems can be fixed, and in the process, frees us from other constraints and negative emotions and provides the conditions necessary to find a viable solution.”

When an individual hits rock bottom, they eventually become aware that their identity has been lost. This realization leads to one of two paths – a path toward recovery or a path toward dysfunction.

A fairly recent concept has been introduced in the context of organizational change management called “identity play,” which is defined as “people’s engagement in provisional but active trial of possible future selves.”

“Using ‘identity play’ provides a safe environment to escape the situation and try new things, discarding bad ideas or finding and refining a new identity and returning stronger than before,” said Shepard.

This activity allows a person to creatively explore new work identities and try them out without having to make a commitment. If not for hitting rock bottom, the individual would have remained stuck in the past without the freedom to consider different alternatives for the future.

“A failed corporate executive might consider a variety of other potential roles,” said Shepherd. “For example, sitting on the board of a nonprofit organization that is desperate for experienced managerial guidance, exploring government positions or running for office, working with startups, and so forth.”

“Similarly, a failed entrepreneur might explore how skills learned in starting a business could be applied in a corporate setting, take standardized exams to be considered for law school or engage in other low risk exploration activities. In these cases, hitting rock bottom opens up myriad new opportunities.”

Individuals who choose the less desirable path use fantasy as a means of escape and often turn to drug and alcohol use. Studies have shown that people who are fixated on the loss of a former identity often become self-destructive.

Shepard explained that on this path, “people will oscillate between no emotion and severe negative emotion and make no progress toward building a new identity, which can eventually lead to even worse outcomes like suicide.”

Shepherd hopes that this research will help people realize that hitting rock bottom can be an opportunity to let go and begin a new life, and may prevent them from trying to escape reality.

“Hitting Rock Bottom After Job Loss: Bouncing Back to Create a New Positive Work Identity,” was published this month in Academy of Management Review.