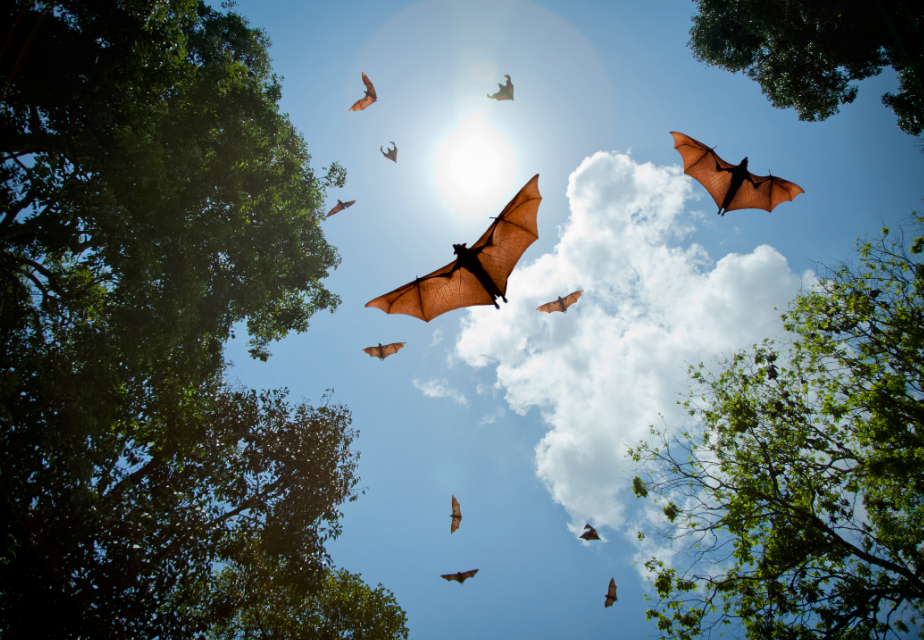 How do bats resist COVID-19 infection?

A team of experts at Monash University is investigating the responses of bats to SARS-CoV-2 to gain new insight into how to treat infection in humans. The study is a major review of how the virus ravages the human immune system.

In the months since SARS-CoV-2 was first identified in December of 2019, the virus has mutated. The variant strains Alpha, Beta and Delta are more infectious than the original strain.

In particular, the Delta strain is up to 79 percent more contagious than the Alpha mutant, and presumably more deadly, according to study co-author Professor Marcel Nold. He noted that there is an urgent need for effective therapies, at least in part because of the emergence of mutations.

“Preventing SARS-CoV-2 infection, or enabling patients to eradicate it, represents the ultimate goal in combating COVID-19: but it is uncertain when either will become reliably possible,” wrote the researchers.

“Therefore, efforts at identifying safe and effective therapies to prevent COVID from progressing to the moderate and severe disease stages, are critical in the fight against the disease,” said Professor Nold.

When bats contract the virus, they exhibit a minimal response. For example, bats do not experience the same lung issues that often affect humans.

“Preventing progression to severe disease, or effectively treating it – in other words emulating bats – would markedly relieve suffering and save lives,” said the researchers.

According to Professor Nold, studying the way bats resist coronaviruses holds substantial promise not only for infections with SARS-CoV-2, but also to better prepare us for the next epidemic or pandemic.

The researchers noted that the common ancestor to the current coronavirus likely appeared in bats between 40 and 70 years ago, but the exact bat species or intermediate host involved in the 2019 outbreak remains elusive.

The study authors propose that some of the ways bats appear to resist COVID could be used in therapeutics to modify the human immune response to the virus, such as blocking inflammasomes in patients. Professor Nold said this could minimize the excessive inflammation, immune exhaustion, and the cytokine storms that are experienced in humans.

The study is published in the journal Science Immunology.