How is some organic carbon spared from decomposition and stored underground? • Earth.com 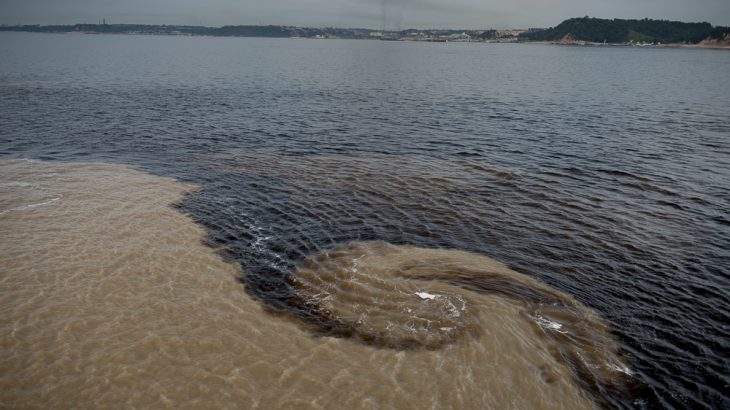 How is some organic carbon spared from decomposition and stored underground?

Researchers at the Woods Hole Oceanographic Institution (WHOI) and Harvard University are unraveling the mystery of how small amounts of organic carbon get stored in rock and sediments instead of decomposing.

According to study lead author Jordon Hemingway, knowing exactly how that process occurs could help explain why the mixture of gases in the atmosphere has remained stable for so long,

In the atmosphere, carbon dioxide (CO2) is inorganic. However, after it is pulled out of the air by plants and algae, inorganic carbon is transformed into an “organic” form during photosynthesis. As plants decompose, this process is reversed and the CO2 is released back into the air.

Hemingway explained that one of the key reasons Earth has remained habitable is that this chemical cycle is slightly imbalanced. This is because a small percentage of organic carbon is not broken down by microbes and stays preserved underground for millions of years.

“If it were perfectly balanced, all the free oxygen in the atmosphere would be used up as quickly as it was created,” said Hemingway. “In order to have oxygen left for us to breathe, some of the organic carbon has to be hidden away where it can’t decompose.”

Scientists have developed two theories that may explain why some carbon remains preserved. The “selective preservation” theory suggests that some molecules of organic carbon may be difficult for microorganisms to break down. The “mineral protection” hypothesis states that molecules of organic carbon may be forming strong chemical bonds with the minerals around them, keeping them safe from bacteria.

“Historically, it’s been hard to tease out which process is dominant. The tools we have for organic geochemistry haven’t been sensitive enough,” said Hemingway.

For the current study, the team used a method called ramped pyrolysis oxidation (RPO) to test both theories using sediment samples from around the globe.

“If organic molecules are being preserved because of selectivity – because microbes aren’t able to break them down – we would expect to see a pretty narrow range of bond strength in the samples. Microbes would have decomposed the rest, leaving only a few stubborn types of organic carbon behind,” explained Hemingway. “But we actually saw that the diversity of bond strengths grows rather than shrinks with time, indicating that a wide range of organic carbon types are being preserved. We think that means they’re getting protection from minerals around them.”

While the study provides strong evidence for one theory over the other, the researchers emphasized that the puzzle is still not completely solved.

“We were able to put our finger on the mechanism by which carbon is being preserved, but we don’t provide information about other factors, like sensitivity to temperature in the environment, for instance,” said study co-author Valier Galy. “There are a lot of other factors to consider. This paper is intended as a sort of waypoint to direct biogeochemists in their research.”