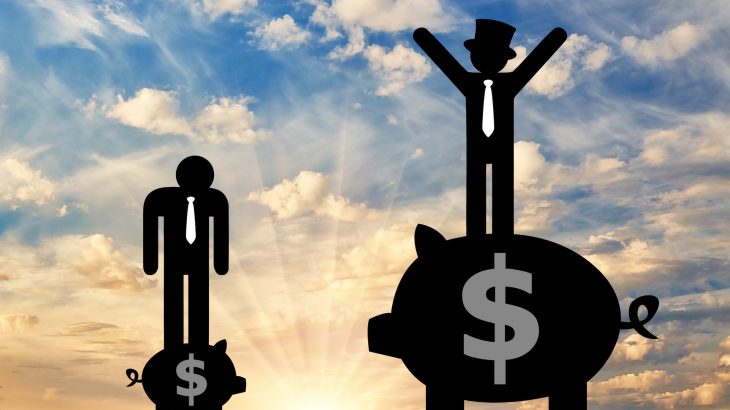 In a new study led by IST Austria, researchers have investigated the effects of income inequality on the public’s willingness to cooperate and show support for public goods and services such as taxes, healthcare, and education. While too much inequality was found to be far from beneficial, the team also determined that complete income equality did not produce the greatest benefits either.

The experts developed a mathematical theory to measure the willingness of individuals to contribute part of their income for the welfare of the community. The model was designed to account for the cooperative levels of people with varying incomes and job skills.

The study showed that in a very unequal society, people with higher incomes were less inclined to contribute their share toward public goods and services, which subsequently caused people with the lowest incomes to contribute less.

“To ensure our public goods are maintained we need to understand what impact inequality plays,” said study co-first author Dr. Oliver Hauser. “Many people view inequality as either categorically bad or good, but our research demonstrates that it is more complicated than that. We looked at it in a slightly different way – under what conditions does inequality become harmful and are there cases where it can also be beneficial?”

“The main take-away from our research is that if inequality runs away with us, we are threatening the maintenance of public services. Eventually, too much inequality negatively affects everyone’s outcomes – both for the poorest but even the rich.”

While two unequal incomes led to less cooperation, people who had different work skills and experience were found to be more likely to cooperate. This means that some inequality in incomes can be beneficial to public contribution.

“We found that when there is some inequality, both people still have enough influence to hold each other accountable for their contributions. We also discovered that those who are highly productive in the task are more motivated to contribute. They will give more of their income – even if that is a large amount,” said study co-first author Dr. Christian Hilbe.

“But there is a limit: once the inequality between the two people becomes too large, the influence over the other person is lost and the poorer player is at the mercy of the more powerful rich player. Neither of them has much incentive to cooperate anymore and cooperation breaks down quickly.”

The researchers used game theory, computer simulations, and a behavioral experiment to develop and test their model. The modeling technique involved group interactions across millions of different scenarios.

“Our research demonstrates the impact that inequality can have on support for public goods,” said study co-author Dr. Krishnendu Chatterjee. “We hope that more research will be carried out in this area in the future to better understand the forces that affect our decision-making, particularly in the critical area of supporting the goods and services which serve society.”

“Now we have a more realistic model to emulate societal interaction and the analytical, theoretical and behavioural results are all in excellent agreement. To me, this is the greatest aspect of this paper.”