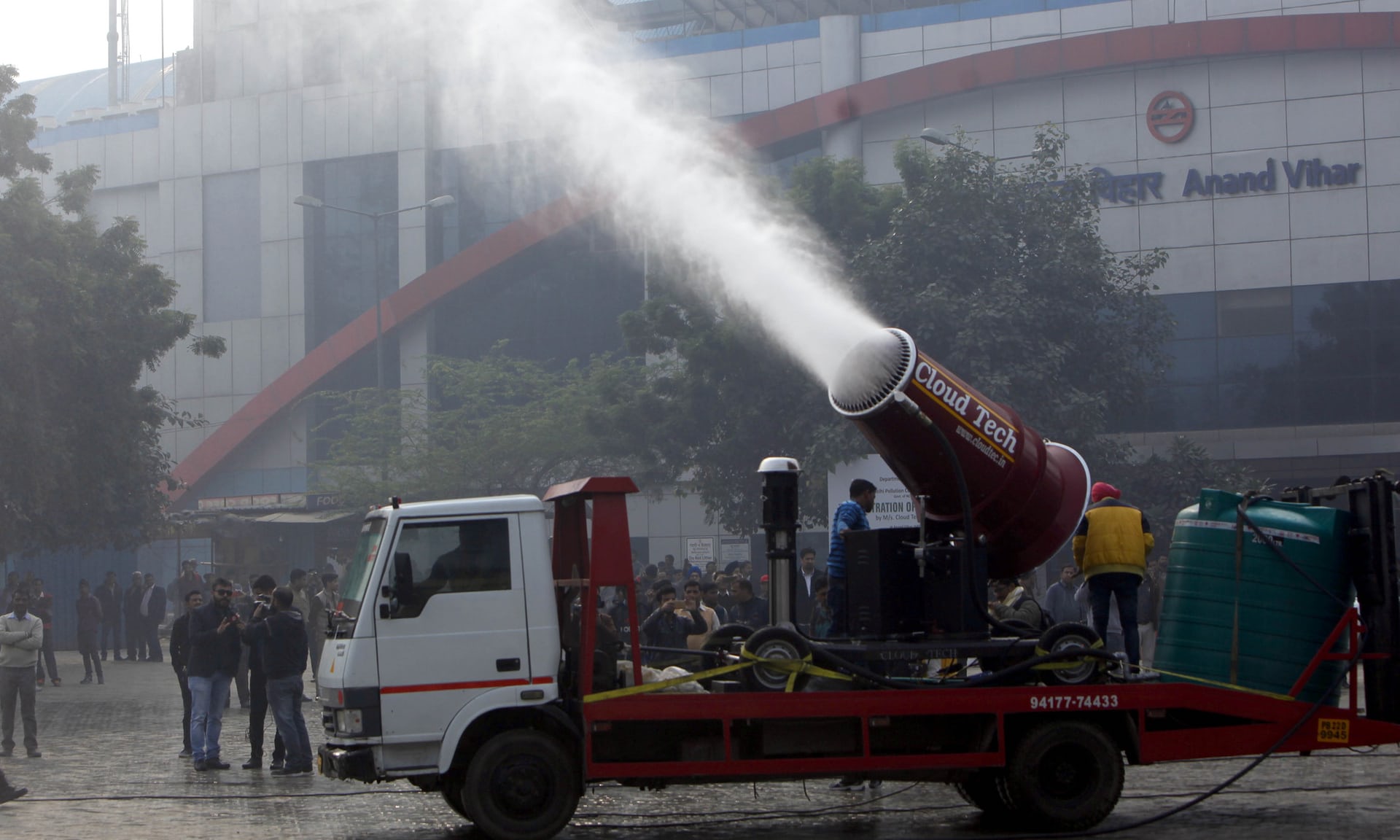 India has launched a new weapon to combat air pollution. The “anti-smog gun” rapidly shoots out water droplets intended to flush pollutants out of the air. Some experts say this is not tackling the source of the problem and that infrastructural changes are what is really needed.

New Delhi is one of the most polluted regions of the world. Airborne particles and chemicals form toxic smog that lingers over the city, which is home to 19 million people. It has been reported that breathing the air when the smog is at its worst is roughly equivalent to smoking 50 cigarettes a day.

In eastern New Delhi, Anand Vihar is an area which borders an industrial zone and often has the worst quality of air. According to the U.S. Embassy, levels of fine particulate matter known as PM2.5 registered 380 in Anand Vihar, which is more than 15 times the level that the World Health Organization has deemed as “safe.”

The Department of Environment and the Delhi Pollution Control Committee are testing out the water mist cannon in Anand Vihar. The machine is hooked up to a water tank and mounted onto a truck, shooting out atomized water up to 230 feet in the air. The goal is to mimic the air cleaning effects of rain and bring dust particles to the ground.

Delhi’s environment minister Imran Hussain said, “If it proves to be successful, then we will roll these out on Delhi’s streets as soon as possible.”

Anumita Roy Chowdhury is Executive Director of the Centre for Science and Environment (CSE). Chowdhury and other experts have pointed out that the water mist cannon does not provide a long-term solution.

“This can be an instant measure for local effect, especially if there are local gross dust generators,” said Chowdhury. “However, a more sustained and long-term measure is needed to bring systemic changes.”