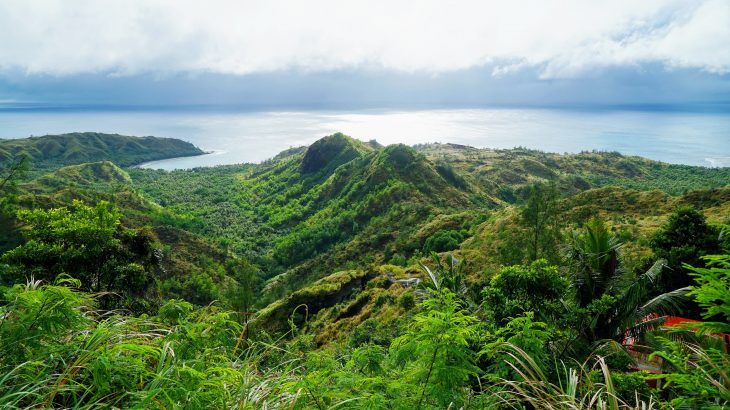 An invasive beetle that has been destroying Guam’s coconut trees for more than a decade has made an unexpected “host shift” to the endangered cycad tree, Cycas micronesica. The coconut rhinoceros beetle (CRB), which first appeared on the island in 2007, could potentially wipe out the last remaining native cycad trees in Guam.

Researchers at the University of Guam explained that prior to the beetle’s arrival, coconut trees were the second most abundant tree on the island, which helped the beetles to become established and thrive. Efforts to control the invasion have not been effective, and the beetles have exploded in numbers.

“Our initial alarm after documenting the CRB burrowing activity on cycad trees was the fact that Guam’s cycad species was actually the most abundant tree on the island only 20 years ago,” said study co-author Irene Terry. “Where else have the most abundant and second most abundant forest species been threatened by the recent invasion of one non-native herbivore?”

Based on direct measurements, the researchers discovered that the plant tissues of the heavily damaged coconut trees have declined in starch content. The experts theorize that this is what motivated the host shift, considering that large amounts of starch are available in the cycad stems.

“The CRB behaviors that we documented fit the ‘ecological fitting theory,’ which states that shifting to a new host species is due to compatible resources or signals in the new host,” said Terry.

Before the beetle shifted its attention, the cycad population in Guam had already been hit hard from damage by other invasive insects and mammals. In the last 15 years, 96 percent of the trees have been lost.

“When the CRB damage in our managed gardens began showing up on several cycad species, we knew that it was only a matter of time before the CRB host shifts included Guam’s native cycad,” said Benjamin Deloso, who curates the University of Guam’s interpretive cycad garden.

The beetle had been observed burrowing into a diverse range of cycad species that are raised in the garden originating from Asia, Australia, Central America, and the Caribbean regions. “The damaged species included two families and four genera, so the dietary needs of the coconut rhinoceros beetle appear to be met at the cycad Order level,” said Deloso.

With the list of herbivorous cycad predators growing, there is a need for continued monitoring of the cycad population so that experts can understand which of the threats require the most urgent mitigation.

According to the researchers, the ongoing absence of international experts from funded conservation projects will increase the probability that Guam’s native cycad trees will vanish.

The study is published in the journal Communicative & Integrative Biology.